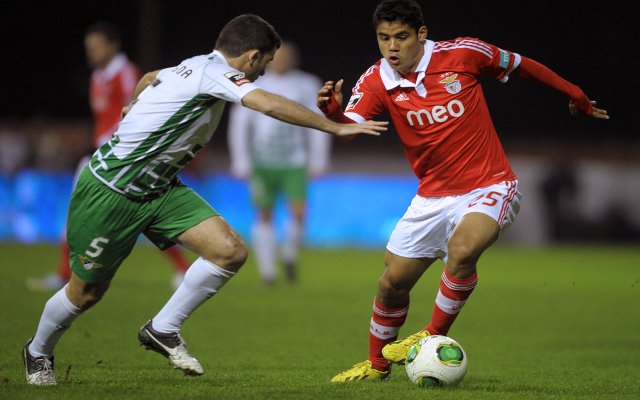 Anfield side keen on Paraguayan wide-man.

Liverpool are lining up a surprise season-long loan move for Benfica left-back Lorenzo Melgarejo according to the Guardian.

Reds boss Rodgers has made an initial short-term loan offer for the defender, who can also feature further up the pitch as a winger, with a view to a more permanent transfer next summer.

Melharejo performed well for the Portuguese outfit as they reached the Europa League final before defeat to Chelsea and the talented player is now apparently keen on switch to England as he looks to continue his development with Arsenal also understood to have scouts watching him last season.

French international defender Aly Cissokho is also on Rodgers’ radar as looks to bolster competition in defence but the club have been unable to agree to the 25-year-old’s wage demands which means the South American star Melharejo could be set for Anfield instead.

Liverpool still have quite a lot to do before the transfer window shuts at the end of August, with Rodgers keen to add new bodies in defence and attacking midfield while also keeping hold of unsettled striker Luis Suarez.