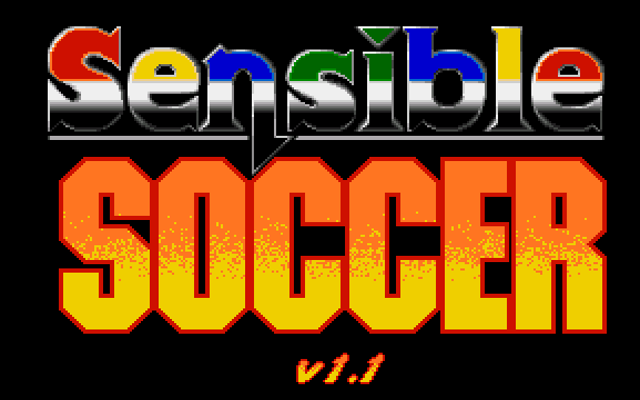 From purest tactical gameplay from the likes of Soccer Manager to the frivolous thrills available from online bingo purveyors Jackpotjoy, we take a look at the best online football games 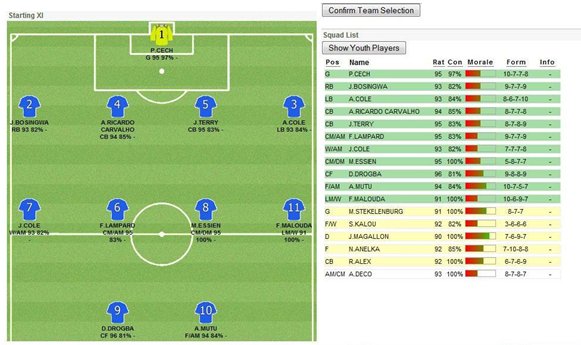 The daddy of online football manager games, the ever-popular Soccer Manager (or SM as it’s known to its friends) allows you to compete against players from a vast worldwide network. The players are based on real players, with their ratings, which determine how well they are likely to play, being determined by their real-world performances. While there are plenty of tactical options, it’s not clear how much of a difference this makes to the outcome, as the match engine isn’t anywhere near as detailed as the equivalent on Sega’s Football Manager for example. The real fun is to be found identifying young players that are likely to see ratings increases, and buying them at a snip before they get upgraded. In some ways, it’s a bit more like stock market speculation with real footballers than a traditional management game, and the competition for the best young players can be intense in the more populated leagues, but there is plenty of help on the forum to assist you in scouting out the next big things. 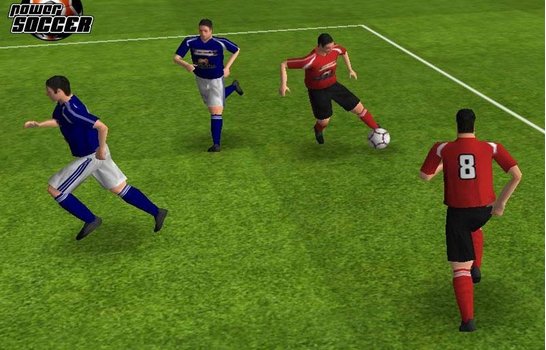 If you’re hankering after some FIFA/ISS-style 3D footie thrills, then this could well be the best online offering. Although you can play it within your browser, you do need to install a special plug-in first, which limits its availability to computers that you have administrator privileges on. That aside, it does give you the chance to compete against other online players from all over the world and compete in tournaments with them. While the graphics don’t quite measure up to the latest versions of FIFA, they’re pretty amazing for an online game, and the animation is silky smooth to boot. The controls are fairly simplistic, but this only serves to make the game more accessible and immediate, which is just what you want from an online game. 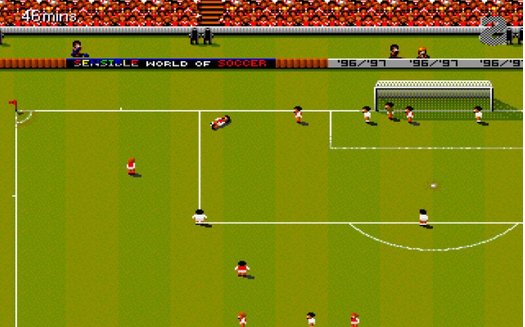 Back in the days when computers struggled to do smooth, semi-realistic 3D graphics, all computer football games took place across two dimensions. Some say it was better this way – less confusing, easier to be accurate – and you can judge for yourself by playing this free online version of the classic Sensible Soccer. Of all the 2D footie sims released in the 1990s, Sensible Soccer was widely considered to be the best, combining accurate, fast-moving gameplay with simple yet effective graphics. Although some might scoff at the blocky visuals and tiny players, this game remains one of the most immediate and fun football games ever created. Whether you’re on a nostalgia trip or you’re just curious, it’s well worth giving this game a few minutes (or hours!) of your time. 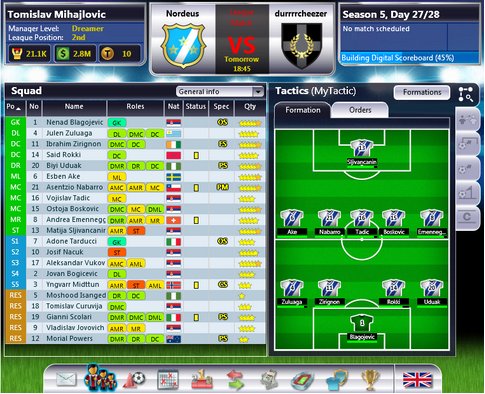 This Facebook-based football management game is endorsed by no less than the ‘Special One’ himself, Jose Mourinho. It’s quite detailed for an online management game, allowing you to take control of all aspects of the club, including training regimes, finance, tactics, and of course the buying and selling of players. The match engine is not bad – certainly more detailed than Soccer Manager – but the learning curve with this game is a little steeper. It’s well worth it though, as over 9 million players can testify, and the ability to compete against your Facebook friends adds a little bit of spice, and a lot of fun, to proceedings. 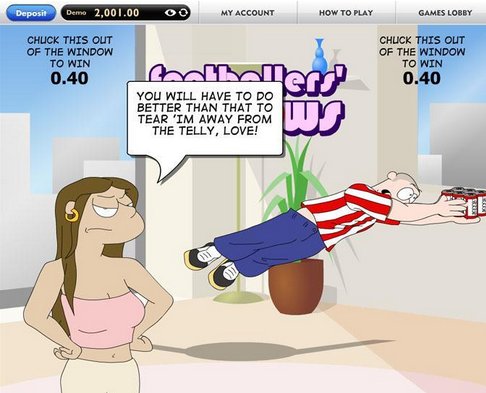 This frivolous but fun game from online bingo specialists Jackpotjoy is a simple ‘beat the keeper’ type game that can be played for fun or for cash. In order to win, you need to correctly guess which way he isn’t going to dive to save his possessions, so that they can make a clean exit through the window. Get it right, and you win some (virtual or real) cash, which you then have the option to keep or to gamble for double the money. The cartoon graphics look great, and the irreverent tone makes this an entertaining variant on the classic guessing game format.