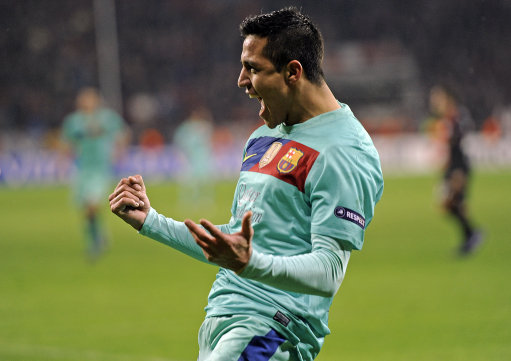 Sanchez was signed by Barcelona two years ago and many thought that he would be their next great player as he possessed skill, pace and a lethal dribbling ability. He had had a highly successful career in Italy before moving to the Spanish giants and he has failed to capture the form that he showed at former club Udinese during his time at the Nou Camp. In his first season he struggled because of repetitive injuries while during his second season he failed to hold down a starting spot, with the Chilean competing with the likes of Cesc Fabregas for a starting spot in the incredibly competitive Barca first team. It is thought that Barcelona will cut their losses on Sanchez and sell the versatile winger this summer, with a move back to Italy thought to be a possibility.

A move to the Premier League has also been mooted, with Spurs one of several clubs thought to be monitoring his situation at the Nou Camp. Spurs may step up their interest if Bale does leave White Hart for the Santiago Bernabeu, with Sanchez being a player who could be seen as an ideal replacement. Sanchez can play in many different attacking positions, from a winger to playing as a central striker. This is very similar to what Bale has become, with the Welshman being able to pop up on either wing or play as a striker.

Sanchez also possesses the pace and skill that Bale has, meaning Spurs would be covered in that area as well. Despite his two disappointing seasons at the Nou Camp, Sanchez possesses undoubted quality and if he can get a run of games together, their is no doubt that he would show that to fans at White Hart Lane. With Barcelona looking to sell, Spurs may not have to pay that much for him either, meaning that they could sign Bale’s replacement for a relative bargain.