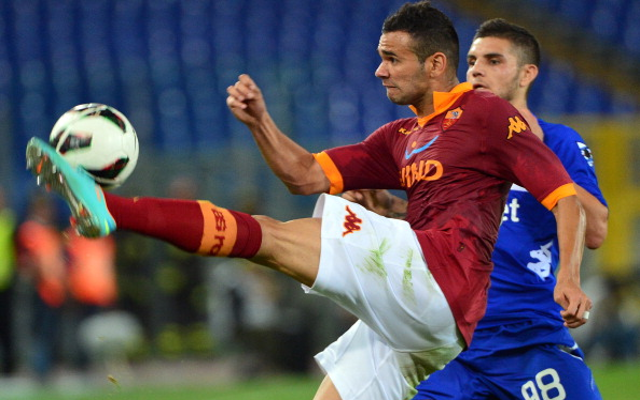 Chelsea are reportedly weighing up a deal to sign Roma defender Leandro Castan, according to the Express.

Reports in Italy suggest that the Blues are considering making an offer for the highly-rated Brazilian defender, as their own fellow Brazilian, David Luiz, is considering his future at the club, following the news of a reportedly bid made by Bayern Munich in the region of £40million for his services, meanwhile, both Barcelona and Real Madrid remain keen on the defender.

Tuttomercatoweb first reported Chelsea’s interest in the 26-year old Brazilian, however, Roma would be unwilling to sell the defender at this stage, considering the fact they have already sold highly-rated defender Marquinhos to Paris Saint-Germain this summer. In spite of this, the Italian club wasted no time in bringing in replacements, with Udinese defender Mehdi Benatia and Croatian youngster Tin Jedvaj having already joined the club this summer, Roma could be willing to let Castan go, if the right offer were to come in.

Jose Mourinho is looking for a sturdy defender as looks to build from the back as he prepares Chelsea for the season ahead. With no centre back partnership in place at this place in pre-season, the Blues are looking for someone to come in and create competition, so someone can standout and earn their place.

The new Chelsea manager is unsure about Luiz’s future at the club, as his unorthodox style of play is not accustomed to how Mourinho plays at the back, and could be willing to cash-in on the defender. Bayern Munich have been tracking Luiz all summer and are reportedly willing to go as high as £40million to get their man.