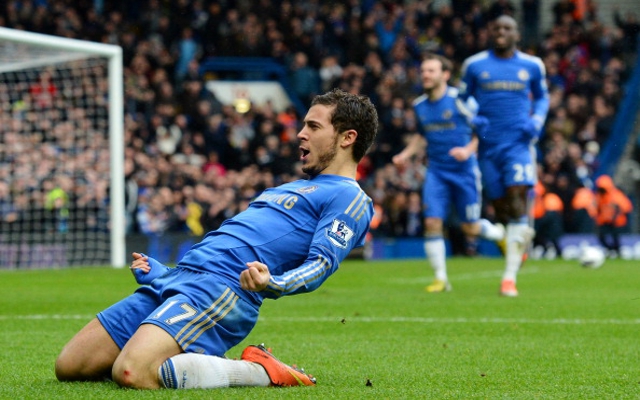 Portuguese demands more out of his Belgium starlet going forward.

The hugely talented Belgium international has just completed his first campaign at Stamford Bridge following his £32 million transfer from Ligue 1 outfit Lille last May, with the 22-year-old enjoying an eye-catching debut season in west London.

The creative playmaker featured in a whopping 62 matches overall in all competitions for the Blues in the previous campaign, registering an impressive 13 goals and 25 assists for the team in that time, including an equally outstanding nine goals and 16 assists in his 34 Premier League contests.

However, the self-styled ‘Special One’ has now called on Hazard to make more of an impact for Chelsea next season, saying: “I think that the kid has a lot  of talent, as everybody knows.

The Belgium is likely to be competing with the likes of Spain international playmaker Juan Mata for the ‘free’ role in the ‘hole’ behind a lone front man in the capital in the new campaign, although the Portuguese could opt to use both players in that position depending on who the opposition are.

Either way, though, the gauntlet has very much been laid down by Mourinho to Hazard.