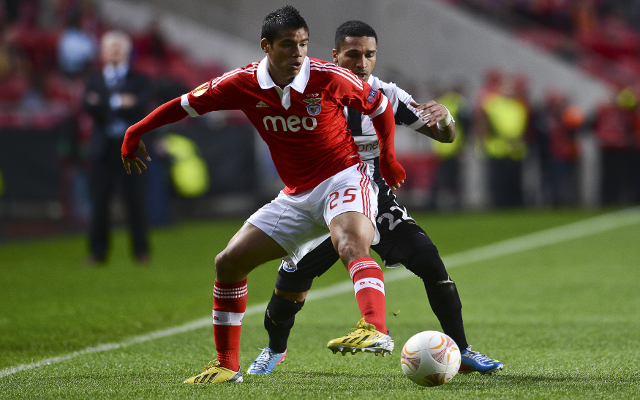 Anfield side to welcome in Paraguayan wide-man.

The 22 year old will join the Anfield side on a season long loan deal with an option to sign the Paraguayan on a permanent basis for a fee of less than €10m (£8.5m).

The young wide-man can play further up the left flank and is an attack minded full-back who will offer Brendan Rodgers support for his first choice starter Jose Enrique. The Liverpool boss can also call upon both Glen Johnson and Daniel Agger to fill the left-back berth though are clearly more commonly used in other positions

The move is subject to the youngster receiving a work permit but as a full Paraguayan international one would imagine such a request would be something of a formality.

Melgarejo moved to Benfica in June 2011 but and after a successful season out on loan at Paços de Ferreira the pint sized Paraguayan was promoted to the Lisbon side’s first team set up and made 40 starts in all competitions last term, playing in both the Taça de Portugal and Europa League finals.