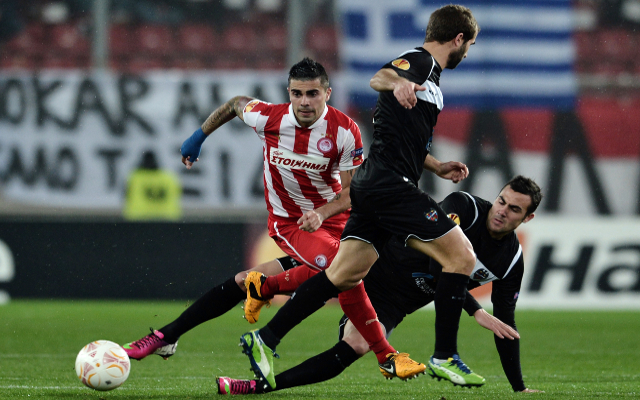 Anfield side keen on Portuguese international.

Liverpool are considering a bid for Olympiakos central midfielder Paulo Machado, according to Portuguese newspaper Record.

The 27-year-old only joined the Greek side last summer from Ligue 1 team Toulouse in a €2.7m deal but he has since excelled for his new team playing in a deep lying midfield role as they won a league and cup double in sweeping fashion.

And now according to reports from Portugal, Liverpool manager Brendan Rodgers is now looking at the 27-year-old as possible summer transfer option having been impressed with his debut season in Greece.

Machado would certainly offer flexibility to the Reds with the capability to also feature on either flanks that could be useful for Rodgers as the former Swansea manager attempts to build a stronger squad at Anfield.

He originally came through the ranks at Porto but failed to cement a place in the first team spending most of his time out on loan including at Saint-Etienne. The short spell in France aided in him catching the eye of Toulouse and he made a permanent switch to the Ligue 1 club in 2008.

The Portuguese international, who has collected five caps for his country, could now challenge both Jordan Henderson and Joe Allen for positions in the centre of the Reds midfield.

The Reds may yet face competition for his signature with Russia side Rubin Kazan believed to have submitted an offer of around £3.2m for his services which was rejected by the Greek club.