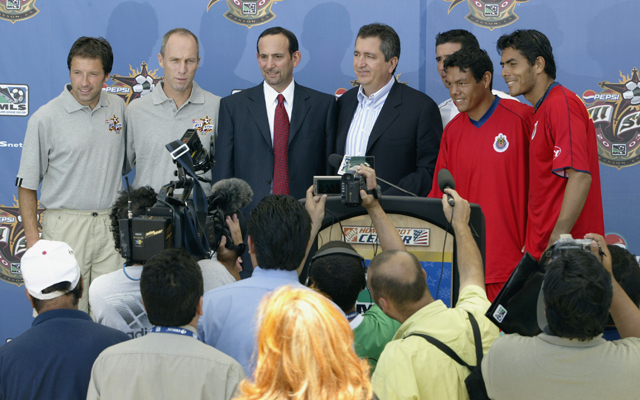 With Chivas USA embroiled in a discrimination court case, the league have released an official statement on the matter.

“We are well aware of the allegations made by ex-players and employees of Chivas USA. MLS has zero tolerance for discrimination or prejudice of any kind and have been deeply committed to diversity and fairness on our fields, in our stadiums and in our workplace. We are proud of our record in those areas and expect our owners and clubs to live up to the League’s high standards. And although the allegations in this lawsuit raise serious issues, it would not be appropriate for us to say anything more while the litigation is ongoing.”

A predictably reserved and even handed statement, but with the case still in court nothing more could be reasonably expected.

Chivas USA have been a source of major controversy since the club’s takeover by Mexican billionaire Jorge Vergara, and now find themselves as defendants in a workplace discrimination law suit. Daniel Calichman and Theothoros Chronopoulos, two former Chivas USA youth coaches, claim they were relieved of their jobs due to their inability to speak Spanish.

Chelis, former manager of Chivas USA, even said earlier this season that it was “a real tragedy” that so many young Mexican players were at clubs other than Chivas USA.

When all this, combined with the fact that Calichman and Chronopoulos were allegedly asked to filter players of non-Latino heritage out of the youth academy, and Chivas USA have quite the mess on their hands.

MLS will surely have more to say regarding Chivas USA come the end of the trial.