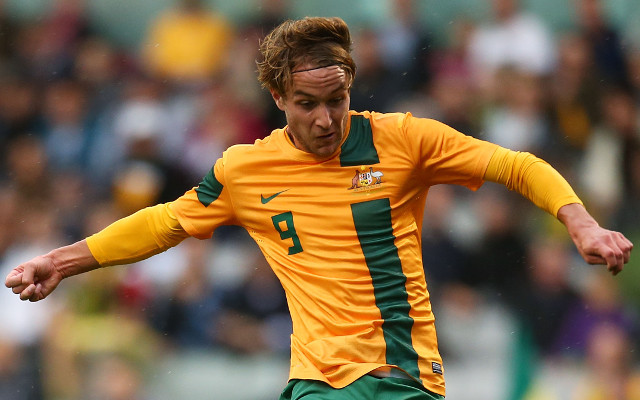 Five Newcastle Jets players were among the Socceroos squad to travel to Korea for the East Asian Cup and are now reaping the rewards.

Ruben Zadkovich played all of the Aussies opening 2 group games, while 21-year-old Craig Goodwin made his début against Japan replacing Matt Mckay with just two minutes to go.

Mark Birighitti and Josh Brillante both claimed their first caps in the final group game, a 4-2 defeat to China.

Adam Taggart was the pick of the Jets performers, bringing his international tally to three in four games after coming on as a second half substitute and scoring the Australias second against the Chinese.

Speaking to FootballAustralia.com, Mark Birighitti said: “It has been a dream of mine since I was a young kid to represent my country and to do it at the East Asian Cup was a fantastic experience.

“The results we had were a bit disappointing, but to get my first international cap was a very special thing for me personally and something I’ll cherish for the rest of my life.

“I was quite happy with the way I played, even though I copped four goals, I don’t think I could have done much more on either of those chances.

Prolific Taggart added: “It was another great experience and another great learning curve for myself and the other boys and it has really got me looking forward to the season with the Jets now.

“To come off the bench and get a goal was really great for me. It was a pretty easy chance to put away, but scoring goals is always good for a striker’s confidence and it doesn’t matter how you score them.”