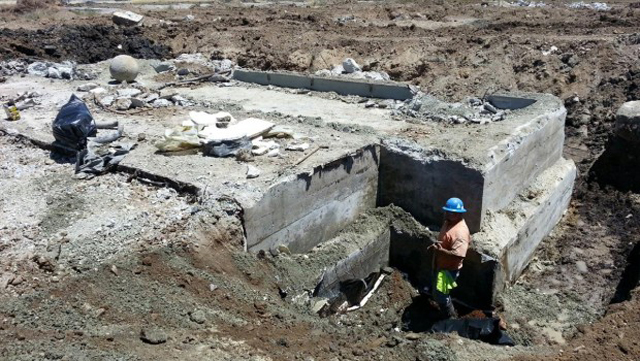 Due to unforeseen conditions at the site of construction the Quakes are pushing back opening until Q3 2014.

The San Jose Earthquakes have announced via their official website that the opening of the new stadium will be delayed until the second half of the 2014 MLS season.

‘Unforeseen conditions at the stadium site’ are being cited as the cause for the delay, which now means that the team will play eight games at Buck Shaw Stadium, one game at Stanford Stadium and nine games at their eventual new stadium next season.

“Due to the extraordinary conditions at the stadium site the opening date has been pushed back,” said SAn Jose Earthquakes President Dave Kaval. “Our ownership group and organisation is committed to building a world-class venue for our fans and to creating the true epicentre of soccer in the Bay Area. We feel that a second-half opening ensures that we accomplish that goal, while giving our team a strong home schedule for the best situation competitively.”

Devcon Construction Vice President Peter Copriviza explained the issues faced in construction in more detail: “We have encountered incredibly difficult unforeseen conditions at the stadium site. With foundations over 10 feet deep, drilled piers, unexpected underground chambers, complicated with a relatively high water table, we have been presented with a series of challenges during both the demolition and grading process.”

When the new ground finally opens in 2014, Quakes fans will have plenty to look forward to. The stadium, located next to San Jose International Airport, will boast an 18,000 seated capacity, a ‘Eurpean-style’ roof design and the biggest outdoor bar in North America in the Epicenter Fan Zone Area.