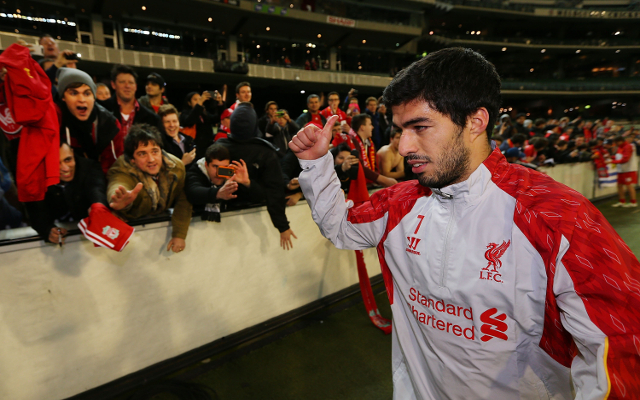 Winger keen to see Uruguayan remain at the club.

Liverpool midfielder Stewart Downing has decided to weigh in on the Luis Suarez transfer saga according to Goal.com.

The England international has urged the club to do all they can to keep hold of the Uruguayan striker.

Downing and the Liverpool players have welcomed Suarez to pre-season, despite the player publically seeking a move away from the club over the summer.

Reports in recent days are suggesting that Suarez is on the verge of handing in a transfer request as he looks to secure a move to Arsenal.

Liverpool are furious at Suarez’s actions and remain keen to hold on to the striker. Club officials feel Suarez owes the club a debt of loyalty after Liverpool stuck by the player throughout his many disciplinary problems over the last few seasons.

But Suarez is thought to have made up his mind and is ready to push through a move to the Emirates Stadium.

Arsenal recently made a bid in excess of £40 million, thereby activating a minimum fee release clause in his contract, but Liverpool are insisting that they are obliged only to consider the offer and do not have to accept it.

Suarez feels this is an unfair interpretation of the clause and is ready to make a formal request to leave the Merseyside club.