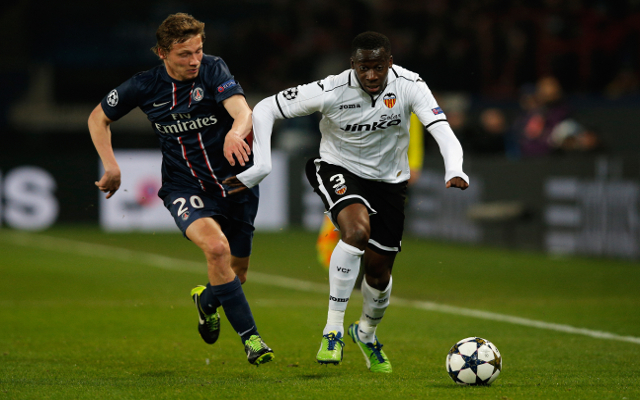 Sunderland have stolen the march on Liverpool for the signing of Valencia left back Aly Cissokho, according to the Evening Chronicle.

The Black Cats have entered negotiations for the France international defender as a proposed move to Liverpool begins to stall. After it was revealed that the club would not be re-signing impressive Spurs loanee Danny Rose this summer, manager Paolo Di Canio identified Cissokho as an ideal back-up option, although he would have to deal with the Reds’ interest.

Valencia are understood to consider a bid in the region of £5million, if it were to come in, however, they reportedly have a deal on the table from Liverpool, reports the Daily Mail, who say the Reds have made a season long loan bid for the fullback, which includes a £850,000 loan fee with a view to buy next summer for £3.5million.

Both clubs are in the market for a fullback this summer. Sunderland have already seen a deal to sign impressive Argentine youngster Gino Peruzzi from Velez fall through due to a failed medical, although, the club now say their player is fit and ready. The North-East club have also made an enquiry into signing Brescia defender Fabio Daprela, who already has Premier League experience with West Ham.

Liverpool are looking for competition at left back as Brendan Rodgers looks to strengthen his squad as they mount a Champions League push this season.