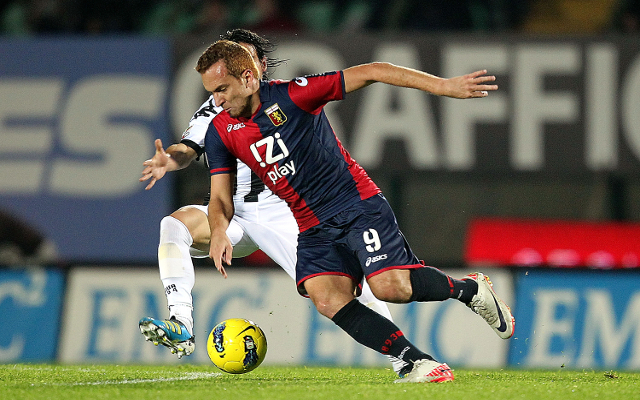 West Ham are again closing in on a loan deal for Genoa striker Ze Eduardo, according to the Daily Mail.

The Hammers first tried, and failed, in a loan bid to sign Eduardo in January 2012, where the player flew over for a medical, but were unable to get the deal done in time. This time around, the Hammers are acting swiftly to get this deal done after they seemingly have lost out to West Brom for the signing of Lille attacker Salomon Kalou, after they agreed a fee for the Ivorian.

The Brazilian forward has an Italian passport, so the necessary paperwork to sign the striker shouldn’t be a problem. The player still has three years to run on his current contract at the Serie A club, but the Hammers are looking to renew their interest as they have failed in all their striker bids this far, as they continue to search for a striker partner for Andy Carroll.

Tuttomercatoweb first reported West Hams interest in Ze Eduardo, who again is keen on the move, to further challenge himself in Europe’s top league. Having spent £15million on Andy Carroll, any consequent deals will have to be done on the cheap, and manager Sam Allardyce is desperate to land another forward as they prepare for the oncoming season.

The East London club are also keen on signing wantaway West Brom attacker Peter Odemwingie as they prepare for the arrival of Hammers target Kalou.