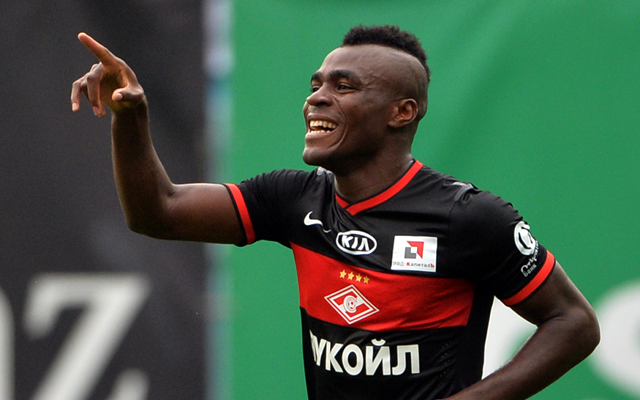 Big Sam is looking to fill the void left by former England frontman Carlton Cole, who was released at the end of last season and now looks set to join up with St Etienne in France.

The Hammers have already added Andy Carroll to their ranks from Liverpool and are also said to be targeting Lille forward Solomon Kalou, but the ex-Chelsea attacker is thought to edging away from a switch to Upton Park after he could not be guaranteed a starting spot in the centre forward role.

However, the manager has now turned his attention toward the Nigerian international, who was a key figure behind his country’s African Nations Cup victory earlier in the year, where he finished as the tournament’s top scorer with four goals.

And now reports in Russia claim that the east London outfit are set to make an offer for the 26-year-old.

Emenike joined Spartak in 2011 from Turkish giants Fenerbahce where he didn’t even kick a ball after being implemented in a match fixing scandal. He was found innocent and all charges were dropped.