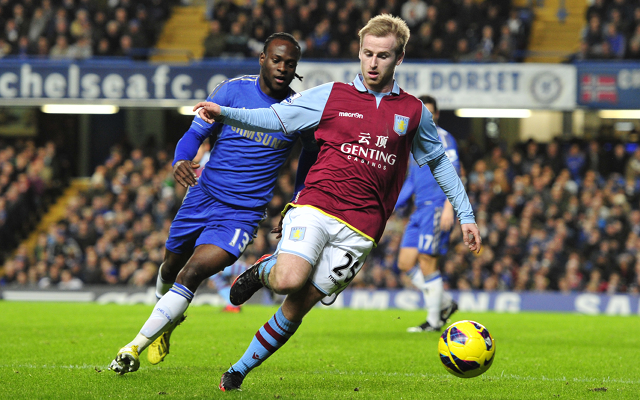 Rovers had seen a bid accepted by Paul Lambert’s men for the unwanted 23-year-old and a deal to take the Scottish international to Ewood Park was expected to be concluded before this weekend.

However, Bowyer has now revealed that he had struggled to reach personal terms with the diminutive midfielder and the move now appears to be dead in the water.

“We had a bid and that was accepted, but we’ve not continued talks at this present moment in time,” Bowyer told the Lancashire Telegraph.

“We’re exploring all options, there might be a chance it might happen, if not we have to be prepared for it not happening.

“We’ve just got to keep as many plates spinning at the moment as we possibly can. We have a massive list and we’re exploring all avenues at this moment but we are hopeful of bringing in certainly one or maybe two more.”

Bannan is a product of Villa’s highly successful youth academy. He had established himself as a regular under Gerard Houllier in 2010 but failed to produce similar form to keep him at the front of the minds of both Alex McLeish and Paul Lambert, the latter is now hoping to cash in on the player.