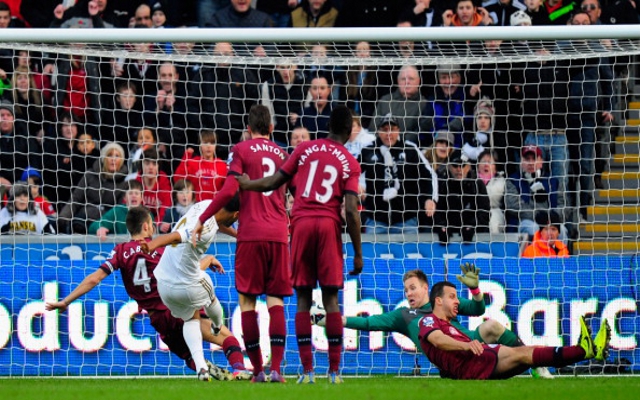 Crystal Palace are trying to sign Swansea striker Luke Moore as they try to add more ammunition to their Premier League survival bid according to Metro.

Swansea manager Michael Laudrup has reportedly told the 27-year-old former Aston Villa striker that he is free to find a new club during the current transfer window after making just 18 appearances for the Jacks last season.

Palace have already lost last season’s top goalscorer Glenn Murray to a long-term injury ahead of their first campaign back in the Premier League and desperately need to add to their fragile looking strikeforce .

The Eagles had been in talks with forward Carlton Cole over a possible move to Selhurst Park but they have failed to agree terms with the 29-year-old. The ex-West Ham man, who is available on a free transfer this summer, is now reportedly set to sign for French side St Etienne.

Palace have now switched their attention to Moore who is also wanted by Championship trio Wigan, Blackburn and Leciester but the striker is understood to be favouring the Eagles as they can offer him Premier League football.

Moore joined Swansea in 2011 helping the club achieve promotion to the English top-flight but has since been on the fringes at the Liberty Stadium and has he now been told he can leave despite having a remaining year on his contract.