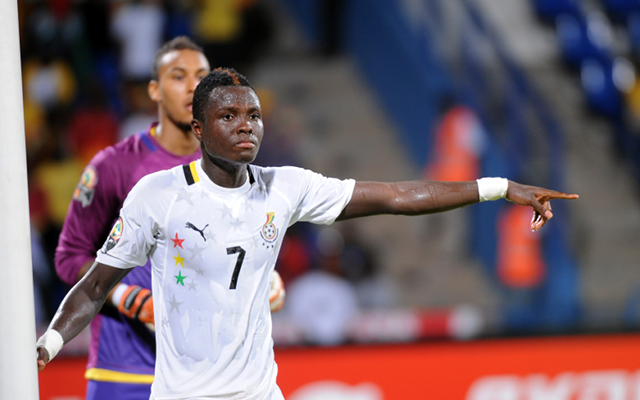 A number of clubs are set to start a scramble for the signature of Dnipro centre back Samuel Inkoom after becoming alerted to his availability as he claims that he wants to leave the club this summer, Sky Sports reports.

Dnipro are now managed by former Tottenham and Sevilla boss Juande Ramos, who is not a huge fan of the 24-year-old and shipped him out on loan to French side Bastia for the second half of last season as he slipped down the pecking order.

The Ghanaian international, who has been linked with the likes of West Ham, Sporting Lisbon and Hamburg in the past, is now back at Dnipro, but he is keen to move on as it appears he does not figure in Ramos’ plans.

And the player’s agent, Christian Emile, has confirmed that he and his client are seeking other options and will begin talking with other clubs over a move away.

“The situation with Samuel is incomprehensible,” Emile told Sky Sports. “It was Ramos that wanted Dnipro to pay a significant transfer fee to acquire his services from Basel and now the same coach has completely frozen him out.

“The problem is a personal one that neither myself, the player or club hierarchy understand.

“Last month Samuel earned his 40th international cap and played an important role in helping Ghana move closer to World Cup qualification, yet he has come back to Dnipro and it is clear that he is still not in the coach’s plans.

“We are talking with Dnipro to find a swift resolution, the player must continue his career elsewhere.”