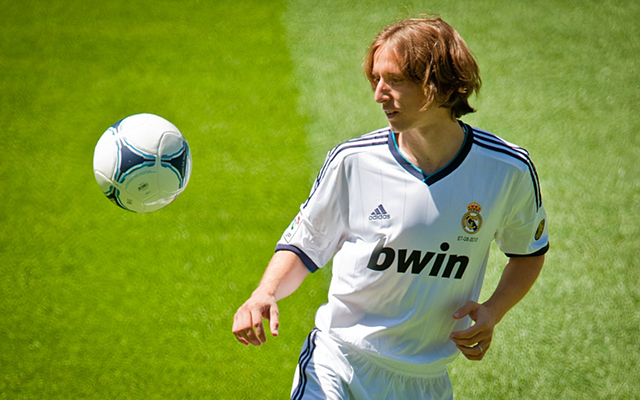 Red Devils will have to look elsewhere now for a new creative playmaker.

Manchester United’s hopes of signing Real Madrid midfield player Luka Modric this summer have taken a blow after it emerged that los Blancos intend to keep hold of their Croatia international next season partly as a means of convincing Tottenham Hotspur’s Gareth Bale to make the move to the Santiago Bernabeu, reports the Daily Mail.

The Premier League champions had been hoping to be able to lure first-choice target Cesc Fabregas away from FC Barcelona during the close-season transfer window.

However, having already had two bids of £25 million and then £30m for the Spain international rejected by the Liga champions, new Red Devils head coach David Moyes is said to now be weighing up making a third offer worth a club-record £35m for the playmaker.

But even that is likely to fail, with the player believed to be keen to remain at Camp Nou next season and fight for his starting place in the Barca midfield.

All of which means that the Scot is set to switch his focus towards Madrid’s Croatian star, who only moved to the Spanish capital last August from Tottenham for £33m, although those plans may also be about to hit the buffers following the news that the Liga giants are determined to hold on to the 27-year-old this summer come what may.

Modric, who registered four goals and eight assists in his 53 matches in his debut campaign at the Bernabeu, is expected to be used next season to help potential new signing Bale settle in at the world’s biggest club, meaning United will again have to look elsewhere for a new creative midfield player for the upcoming campaign.