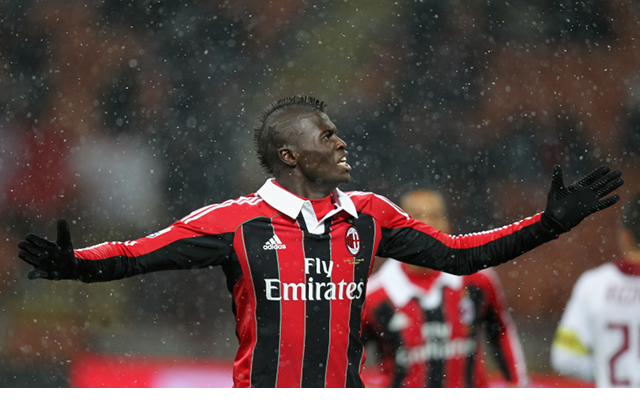 Magpies are desperate to add more firepower to their forward line this summer.

Newcastle United are interested in signing AC Milan front man M’Baye Niang on loan next season, according to reports in the Daily Mirror.

The north-east giants are currently scouring the transfer market on the Continent as they go in search of potential new strikers to bring to St James’ Park this summer to partner Papiss Cisse in attack for the new campaign.

So far, the Geordies have been linked with unsettled Aston Villa forward Darren Bent, although the club look like missing out to Fulham in the race for the England international’s coveted signature.

And that means that recently appointed director of football Joe Kinnear has instead switched his attentions towards Milan’s highly-rated young France Under-21 international.

The 18-year-old, who has also attracted interest from fellow Premier League rivals Tottenham Hotspur and Everton of late, has been at San Siro since the summer of 2012, when Niang arrived from Ligue 1 outfit Caen for an undisclosed fee on a three-year deal.

However, the Frenchman’s debut campaign in Italy did not go according to plan, with the giant attacker managing to find the back of the net on just the one occasion in his 24 matches for the Rossoneri, although he did not score a single goal in his 20 Serie A outings for the club.

That, though, has not put the Magpies off wanting to bring Niang to St James’ on a season-long loan in the new campaign with a view to signing the player permanently next summer for £5 million.