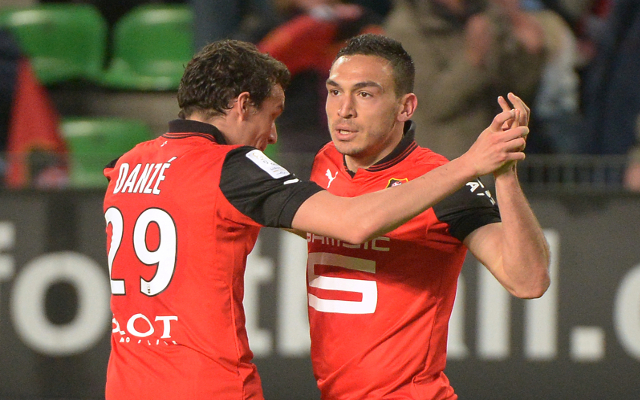 St James’ Park side plan yet another Ligue 1 raid.

Newcastle have rekindled their interest in signing Rennes striker Mevlut Erding, according to the Mirror.

The Turkey international forward is again a target for Newcastle after they have seen their bid to sign Lyon striker Batefembi Gomis fail. The Rennes attacker scored 13 goals last season in Ligue 1, and has also attracted the interest of fellow Premier League outfits Swansea and Stoke, as they look to bolster their attacking options.

Newcastle failed with an initial move to sign Erding back in 2012, but have now returned to sign the 26-year old after failing with numerous striker bids as they continue their search for a long-term partner for Papiss Cisse. Failing to replace Demba Ba thus far, the Toon have also identified Loic Remy as a possible loan signing this summer.

With only a year left to run on his current deal at Lyon, French striker Batefembi Gomis, 27, failed to show up to a meeting with Lyon officials this week, almost cementing his exit from the club, with Newcastle reportedly leading the chase, but the two clubs are about £2million apart in theur valuations of the player, as the North-East club are only willing to offer up to £7million for the wantaway forward.

Swansea are also keen on signing Erding this summer. Having already signed £12million man Wilfried Bony from Vitesse Arnhem earlier this summer, Michael Laudrup is looking for a partner as both Luke Moore and Leroy Lita look set to leave the club. Udinese striker Matej Vydra was a reportedly loan target, but he is no longer an option for the club.