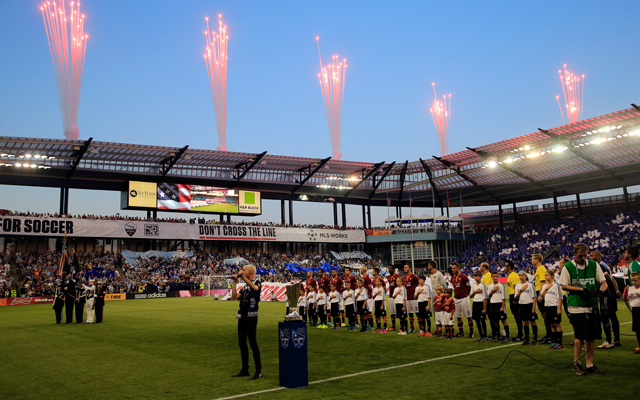 Roma would have felt at home amongst the giant fan collages at Sporting Park.

For those who have ever seen the phenomenon at a sporting event wherein the fans all hold up coloured pieces of paper to form what becomes a massive collage when looked at from above, now you know its correct name.

‘Tifos’ first originated in Italy, so it was only right that fans at the MLS All-Star game on Wednesday night should create some truly excellent ones for the visit of AS Roma.

Fans combined to create the American flag, as well as spelling out ‘Don’t Cross the Line’ – the new slogan for MLS’s campaign to promote ‘unity, respect, fair play, equality and acceptance throughout the soccer community’.

See pictures from inside the ground here:

Sporting Park breaks out the American Flag tifo for the National Anthem: t.co/XVCf28hFP9

Make that two flags for the anthem: t.co/JeyzNdKO6G