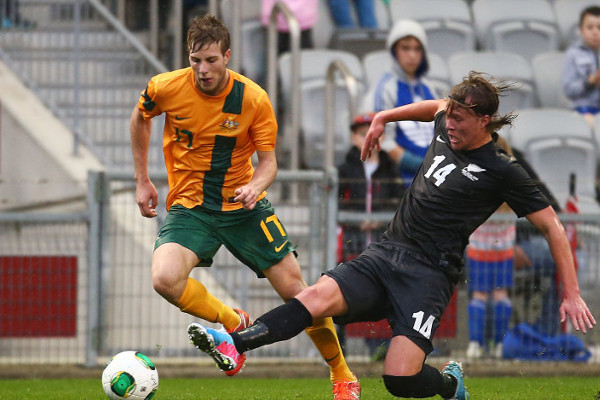 After spending the summer months jetting from the U20 World Cup in Turkey to the East Asia Cup in South Korea, Newcastle Jet’s right-back Andrew Hoole has been offered a professional contract on his return to New South Wales.

The 19-year-old played a part in each of the Young Socceroos games, a 1-1 draw with the Colombia and defeats to El-Salvador and the host’s.

His performance was rewarded with a call up to train with Holger Osieck’s squad in the EAFF Cup, a knee injury squandered any dreams of a senior début, speaking to Football Australia he was upbeat about his experiences.

He said: It was a great experience to be in that sort of environment with the national team.

I was hoping to head over to Korea with the rest of the team.That’s just part of the game, you have to deal with those injures and make sure you come back stronger from them.

“It was a big three months for me, everything happened so quickly, now I’m back here at the Jets I’ve just got to focus on doing as well as I can for the club.”

Hoole went on to explain boss Gary Van Egmond’s new 3-4-3 system and his new role as wingback: “It’s a bit of a new system that Gary has us playing, so it’s going to take a little bit of time for everyone to gel, but I think the more games we play, the better we’ll become.