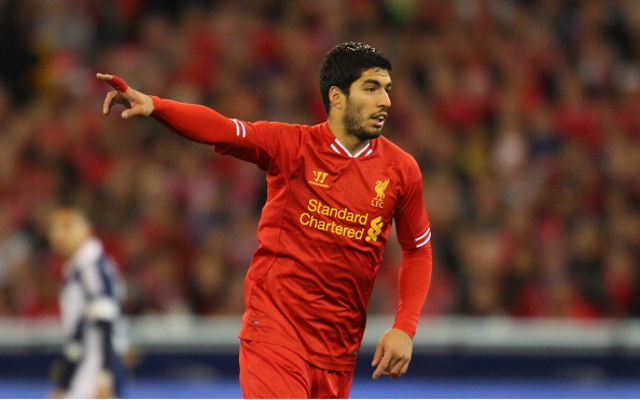 White Hart Lane side planning for life after Gareth Bale.

Reports suggest that Madrid have tabled a world record £85 million offer for Bale and despite chairman Daniel Levy’s reluctance to let the player go, it is likely that the winger will end up in Madrid before the transfer window closes.

This means that Spurs would be in a strong financial position to challenge Arsenal for the signature of Suarez, who has already said that he wants to leave Liverpool this summer.

Arsenal are still favourites to sign Suarez and the fact that Spurs aren’t in the Champions League may count against them, with Suarez claiming that he wants to play for a club that is in Europe’s top football competition.

However, Arsenal are currently struggling to match Liverpool’s valuation for the striker, which is thought to be over £50 million.

Spurs would have the money to meet Liverpool’s valuation if Bale does move to the Spanish capital, leaving Arsenal with a decision of whether or not to pay the £50 million plus transfer fee.

Spurs boss Andre Villas Boas wants to strengthen the clubs attack this summer and reports suggest that they are close to signing Valencia front-man Roberto Soldado.