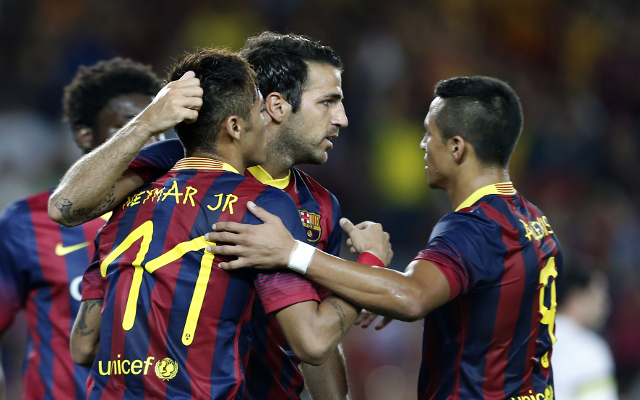 Moyes is also ready to make a third offer for Barcelona midfielder Cesc Fabregas, buoyed by comments made by new Nou Camp boss Gerardo Martino who has insisted that the decision over whether the Spaniard can make the move to Old Trafford is entirely down to the player himself.

Such a statement could well leave the 26 year old concerned about his importance in the Barcelona set-up and will lead to Man United making an offer of around £35m, having failed with earlier offers of £26m and £30m.

Barcelona are publicly stating their desire to keep hold of the former Arsenal man but are privately ready to accept a significant offer for a player they deem as something of a luxury. The Catalan club are keen to balance the books ahead of a move to bring in much needed defensive reinforcements, having already forked out £48m to bring in Brazilian Neymar.

Moyes wants to bring in a creative central midfielder who can help provide his side with move of a cutting edge as well as an added goal-threat and having failed with a push to bring in Thiago Alcantara, who opted to join his former boss Pep Guardiola at Bayern Munich, the Scot is keen to bring Fabregas back to the English top tier, well aware that the World Cup winner is a proven Premier League performer.

Fabregas has scored 29 goals and provided 32 assists in the course of his 96 appearances for Barcelona since his return to the club back in August 2011.