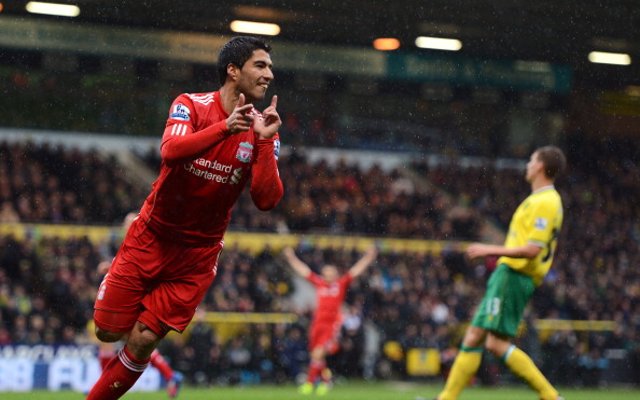 Arsenal manager Arsene Wenger is planning on stepping up his summer recruiting process by adding four key players to his squad in the coming weeks.

Wenger has been given a substantial war chest this summer that he intends to utilise fully, even though they have yet to make any significant moves as of yet, but the quest will begin with Liverpool striker Luis Suarez.

CaughtOffside understands that the Gunners have finally been given permission to talk to the Uruguayan international and Wenger will seek to sit down with the player’s representatives now that Liverpool have returned from their pre season tour of Australia and south east Asia.

Suarez had been publicly flirting with Real Madrid until he learned of Arsenal’s interest and the Spanish side’s pursuit of Spurs winger Gareth Bale has meant that a move for Suarez has had to take a backseat for the time being.

Wenger sees Suarez as the ideal man to replace Robin Van Persie, who left for Manchester United last summer. So far Lukas Podolski and Olivier Giroud have failed to live up to the expectations placed on them and Wenger still needs a star name up front if he is to hope to challenge the sides at the top of the tree next term.