Emirates Stadium side close in on Old Trafford star.

Arsenal are reportedly closing in on a deal to sign Man United attacker Nani with the North London side ready to meet the Old Trafford side’s £9m valuation.

CaughtOffside understands that Arsene Wenger had been holding out on making a concrete offer for the 26 year old until he had finally offloaded forward Gervinho and now that the Ivory Coast international has agreed a move to Serie A side Roma the Gunners boss will look to complete a deal to bring in the Man United man.

Nani has been little more than a bit part player in the Man United squad over the past couple of seasons and last term the Portuguese international was handed just seven Premier League starts as the likes of Ashley Young, Luis Antonio Valencia and Danny Welbeck forced themselves ahead of the former Sporting Lisbon man in Sir Alex Ferguson’s pecking order.

Under David Moyes it seems Nani will fare no better, not least as Wilfried Zaha has joined the club to provide the Scot with yet another wide attacking option. 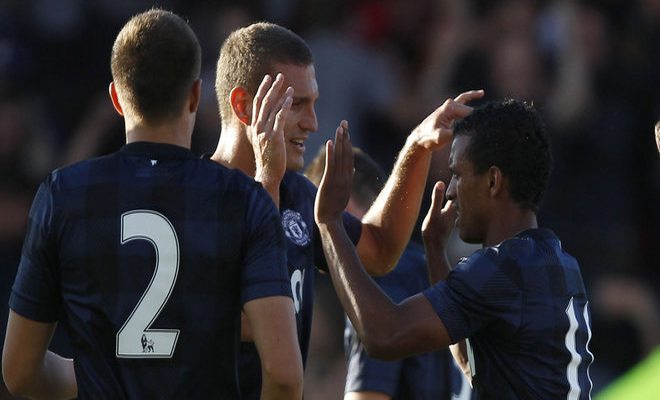 Nani did not join Man United on their tour of Asia and Australia though did impress in a friendly against Crewe Alexandra, during which he scored twice.

A move to Arsenal could help re-ignite a career that has certainly flagged in recent years and Nani is said to be keen on remaining in England should he leave Man United, this despite apparent interest from AS Monaco and a number of Portuguese sides.

There were signs that Nani was effectively coming out of Cristiano Ronaldo’s shadow, making a real impact in 2010/11, finishing the season as the Premier League’s leading assist maker however the campaign ended in heartache as Sir Alex Ferguson elected to not name the wide-man in the starting eleven for the Champions League final against Barcelona and his career has stagnated ever since.

Nani’s adaptability appeals to Wenger and the Arsenal boss is keen on using the Man United man in a number of possible roles and not just exclusively out wide as the Old Trafford star is able to play in an attacking central role as well as in the ‘hole’ behind a striker.

Man United are ready to sell Nani this summer knowing that in 12 months time the player can leave on a free transfer.