All this poor Sounders fan wanted was to express her excitement. At least, we hope so.

Unless you’ve been living under a rock with your fingers in your ears for the past 48-hours, you’ll have heard that USMNT captain and former Tottenham Hotspur player Clint Dempsey has made a shock return to MLS.

The Seattle Sounders was his destination of choice, and on Saturday the team introduced him to a packed CenturyLink Field. The Sounders fans lived up to their lively reputation and of course gave him a rabidly enthusiastic welcome.

Some even made their own banners, like this fan, to show their appreciation.

At least, we hope that’s what she was expressing… 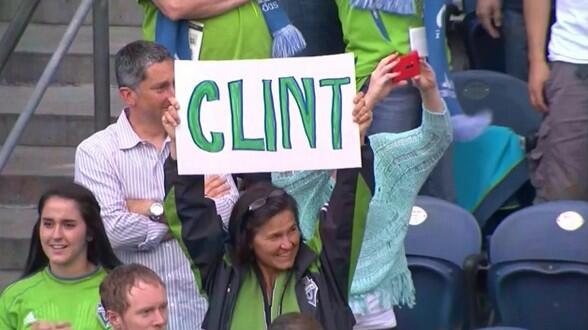