And to think, some fans wonder why soccer still isn’t taken seriously in America…

Crests and badges play an important part in any sport. It the symbol by which your team is identified. In one small and simple image, the ambitions, morals, attitude and history of your entire club must be summarised.

One would think that US soccer would be at an advantage in this department. As a relatively new sport (compared to, say, baseball) the teams have the luxury of investing time, thought and resources into carefully crafting a visually impressive crest to try and win over new fans.

Apparently these clubs didn’t get the memo. 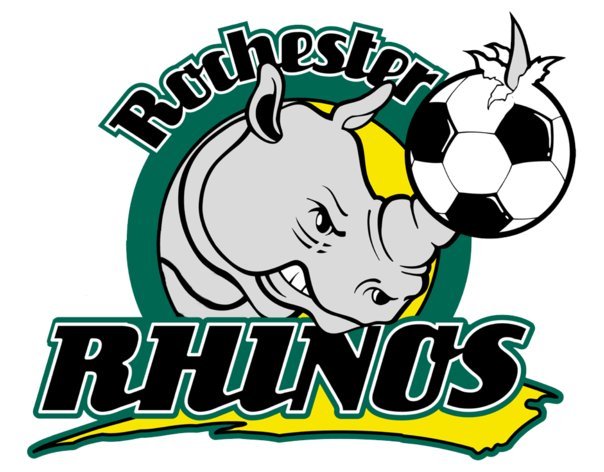 Rochester got the idea at least half right when creating their badge. Rhinos are one of nature’s more threatening animals for sure. And this is at least a semi-realistic imagining of what would actually happen should a rhinoceros attempt to play soccer.

Rochester fans needn’t worry though – the team realised that perhaps their logo wasn’t the best out there, and endeavoured to create an alternate one for fans: 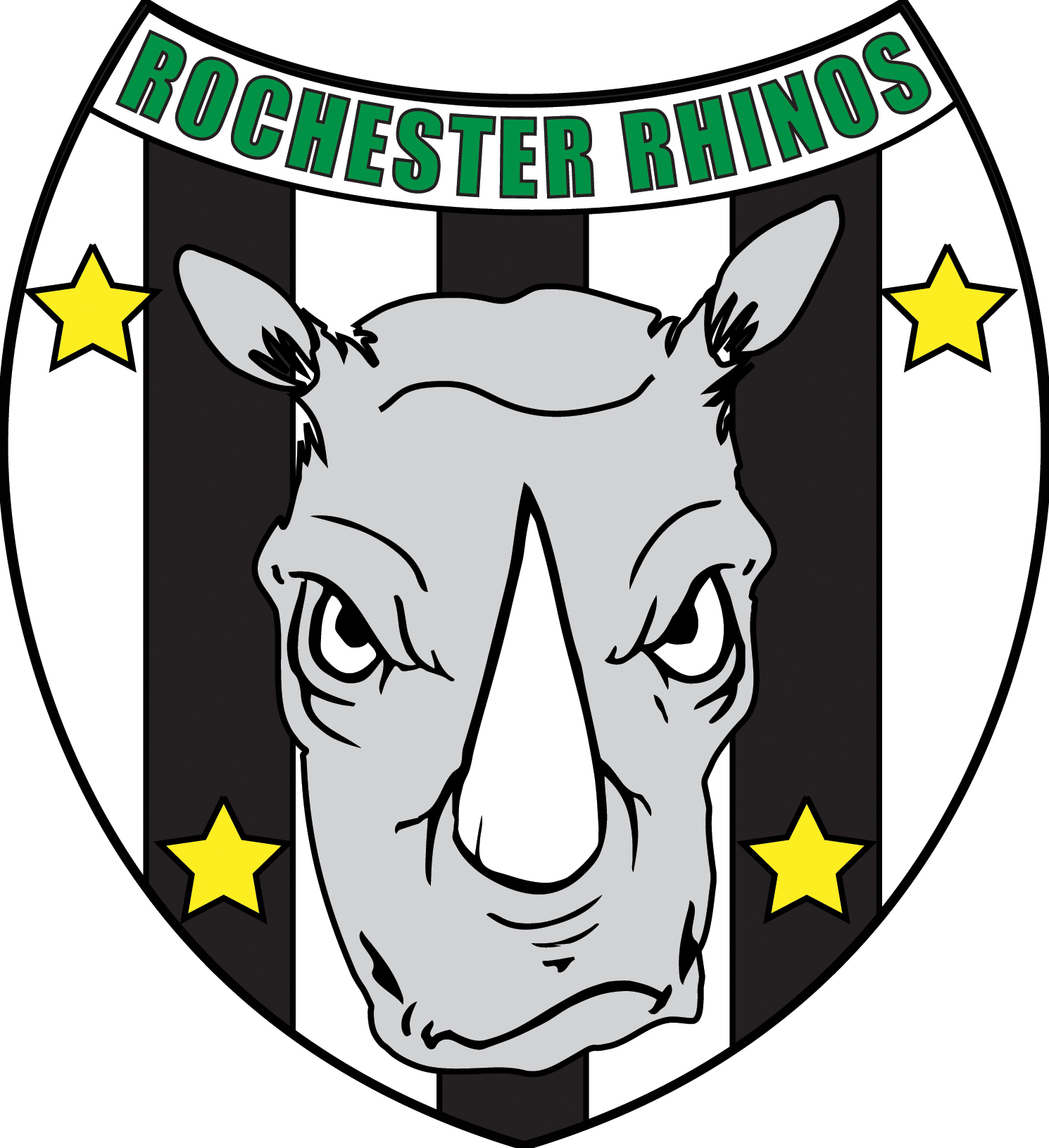 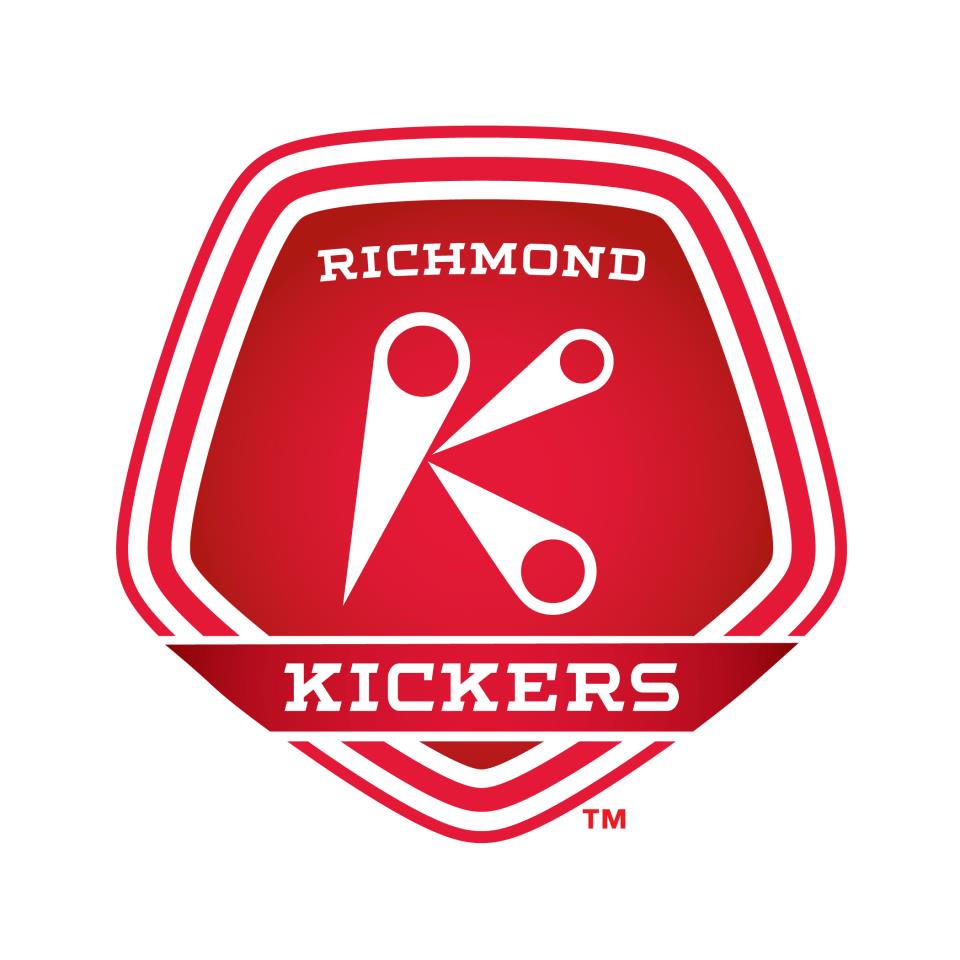 This is Richmond’s new badge. Let that sink in for a second.

The incredibly subtle trademark in the bottom-right corner really adds to the professionalism too. The ambition of the Richmond management in presuming that someone might try to steal such a design is admirable. 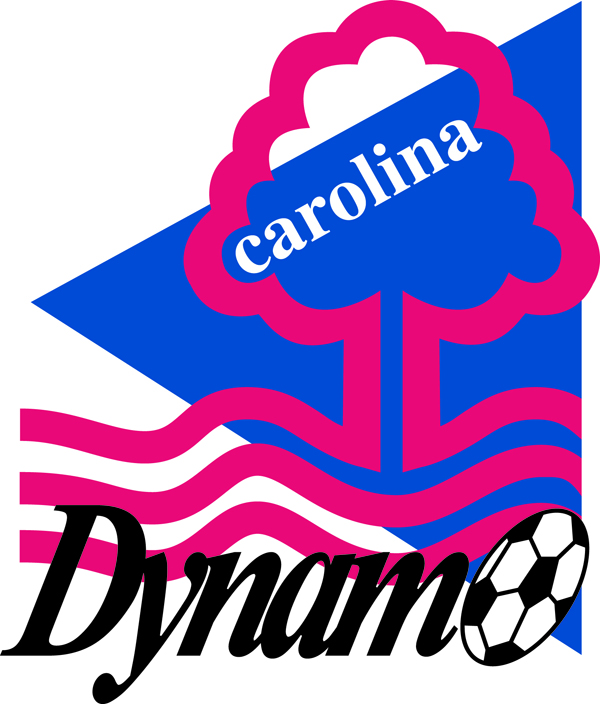 Carolina Dynamo receive the dubious honour of being the first ‘Microsoft Powerpoint’ badge on this list.

A general piece of advice for graphic designers: If your badge can be reconstructed using clip art and default fonts, you might want to start over. Or pick a new career.

Bonus points for use of italics, plus the lovely homage to the team owner’s hometown club Nottingham Forest (see if you can spot it!). 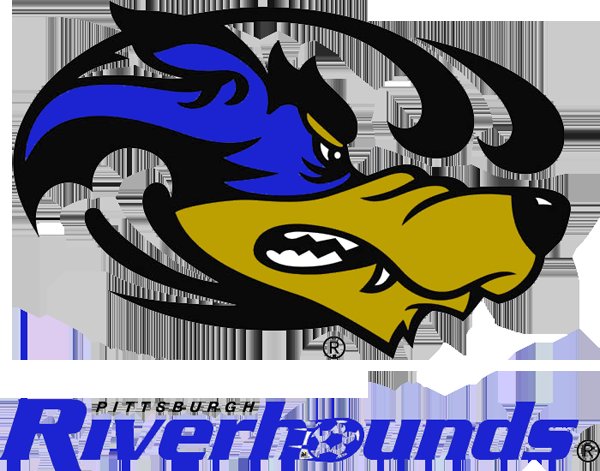 The Pittsburgh Riverhounds’ badge stands as a cautionary fable of how good intentions can often turn out very, very bad.

Credit must be given to the Riverhounds for actually trying to reflect their team’s support through their crest. You see the badge is blue – which is to represent the blue-collar working nature of the Pittsburgh populace. The riverhound monicker is a derivation of the term ‘river-dog’, which is a nickname for the city’s barge workers.

All of this is perfectly admirable, and nicely thought out. So how they came up with this as the final outcome is truly remarkable (and take that, Richmond, Pittsburgh have two copyright marks!). 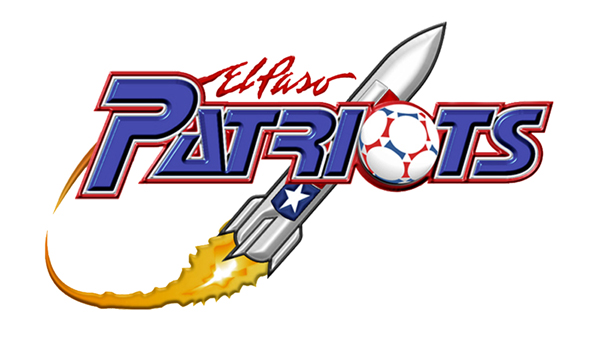 Now you can take your passion for intercontinental ballistics/expensive showpiece relics of the Cold War with you on to the soccer pitch! Go Patriots! 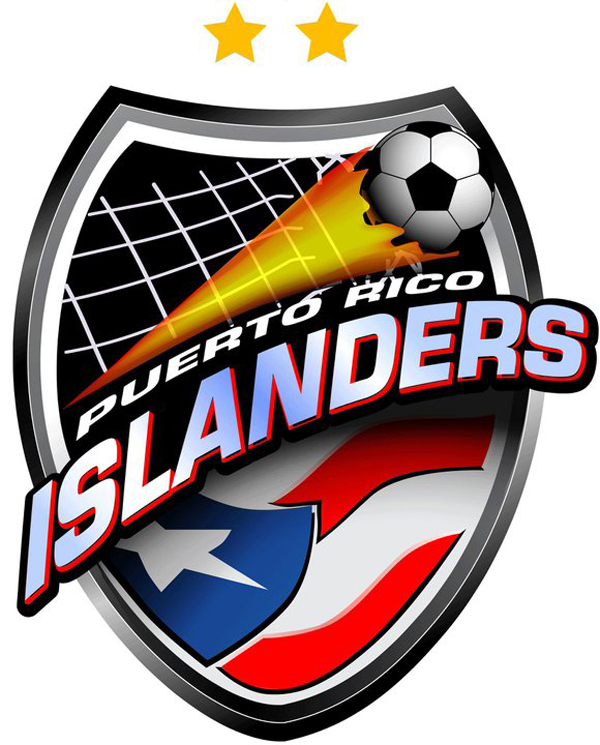 It’s hard to look at the Islanders’ crest and not feel like the Carolina Dynamo should have hired whoever did their clipart instead. This is a true masterpiece. The use of ever-so-slightly offset text and bizarre mix of 2D and 3D images keep it grounded enough so that it doesn’t make the average fan feel too bad about their own design skills, though.

The only badge from a now-defunct team to be included on this list, the Chicago Sting’s crest stands as a relic from a bygone era.

An era before powerpoint. An era where designers had to hand draw their own campy anthropomorphised animal mascots. An era when putting a riverboat hat on a bumblebee was considered a good idea in any capacity.

American soccer is a worse place without the Sting. 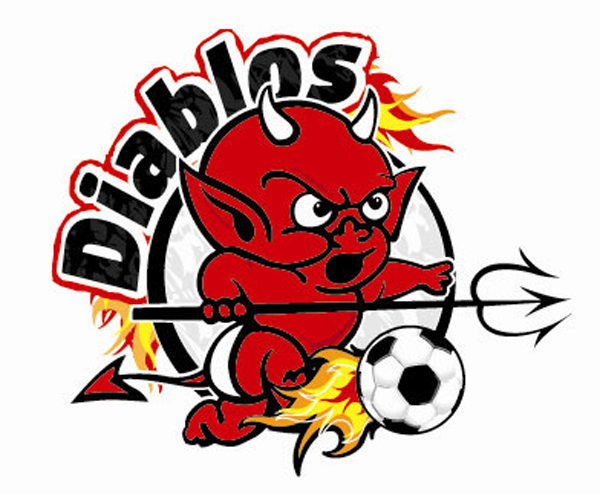 The weird thing about the Diablos logo, is that as a logo it’s fairly professional. Looking at it, one could easily imagine it on any number of products: candy, alcopops, chilli sauce, all perfectly understandable.

However, it is not the logo of a popular foodstuff. It’s the crest of a ladies’ football team from New Jersey, and it is dreadful. How have they managed to make Satan, the most inherently evil creature in all of human culture, to look so unthreatening? And why is it wearing a diaper? 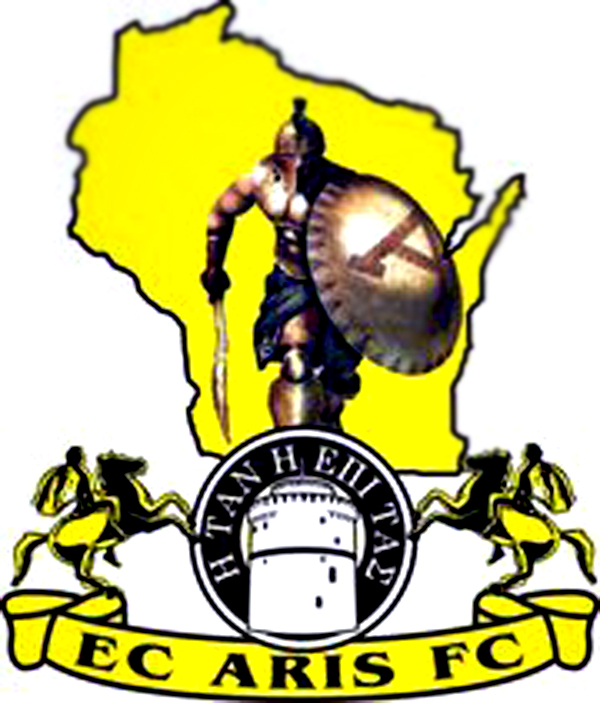 All that clipart is starting to look pretty good right about now.

There is absolutely no way that the greek soldier depicted upon the Aris badge is of their own creation. That rendering is 100 per cent taken from somewhere else. Combine it with the generic ‘Greek-looking’ font used and you have something that under no circumstances should ever be considered the official logo of a soccer team.

The outline of the plot of land in the background even overlaps onto the soldier’s shield! How does that even happen? 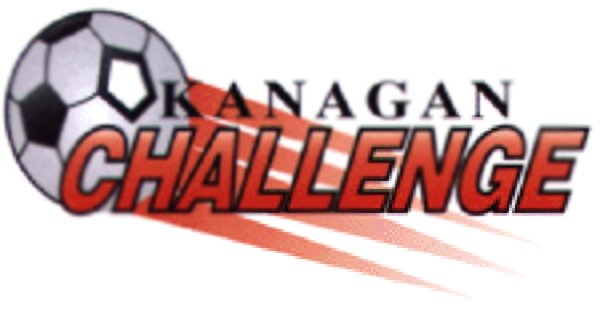 All nine other entries on this list must receive some belated special praise. Throughout the construction of this countdown, never was it thought of as necessary to commend the crests for fulfilling the most rudimentary and fundamental of functions – correctly portraying the team’s name.

Still, the Okanagan Challenge badge exists as living proof that it is somehow possible to create a logo for a football team which makes it difficult to discern what the team is actually called.

If anyone looking upon this badge for the first time had no idea where Okanagan was (and that’s perfectly plausible), it is not entirely unreasonable to think that a large majority of them would think the team was from ‘Kanagan’.

Hell, even when you do know what the team is called, that panel of the football still does not look like an ‘O’. And why is the ball not properly spherical?

This is without a doubt the worst crest in the history of US soccer. Take it all in.