Emirates Stadium side desperate to capture a big-money signing before the new campaign gets under way.

Arsenal head coach Arsene Wenger is understood to be weighing up an audacious move for Real Madrid front man Karim Benzema this summer.

The north London club have been attempting to bring a new centre forward to the Emirates throughout the entire close-season transfer window, with the Gunners having do far been heavily linked with a number of big-name strikers, most notably Liverpool’s Luis Suarez.

However, with doubts continuing to grow at the club as to whether or not they will be able to successfully engineer a move for the Uruguay international before the window slams shut for business for the year on Sept 2, Wenger is said to already be making contingency plans in case the long-running move for Suarez falls through.

So far Arsenal have had two club-record bids for the 26-year-old rejected by the Merseyside giants, the second of which for £40 million plus £1 was enough though to trigger a release clause in the forward’s current contract at Anfield so as to allow the Frenchman to enter into negotiations with Suarez. 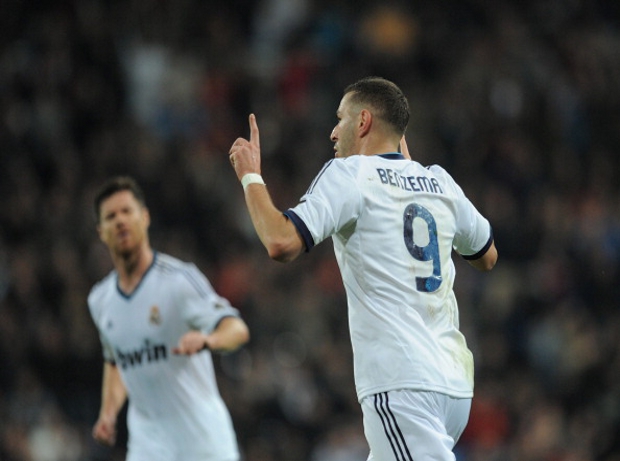 But with the Reds seemingly insistent on any potential suitor meeting their own £50m valuation of their star man, Arsenal are now set to switch their focus elsewhere as they go in search of a marquee signing this summer in order to appease their restless fan base.

And armed with a reported £70m transfer war chest, Wenger has now set his sights on luring Madrid’s France international to the capital next season.

Benzema, who is contracted to the Liga giants until the summer of 2015, is believed to be seeking a new challenge in his career after having spent the past four seasons in the Spanish capital, during which time he has netted 87 goals in 183 appearances for los Blancos.

However, with his employers understood to be open to offers in the region of £30m for the 25-year-old, Wenger has now told his board that moving for Benzema this summer will be a cheaper and less controversial option than continuing their current interest in Suarez.