Spanish newspaper AS are suggesting that Gareth Bale has edged closer to a move to Real Madrid after his image was removed from Tottenham’s official Twitter page.

The club were forced into changing their Twitter setup after confirming the departure of forward Clint Dempsey to the Seattle Sounders.

It appears that club have taken the opportunity to also remove Bale from the page, who flanked the other side of the website. 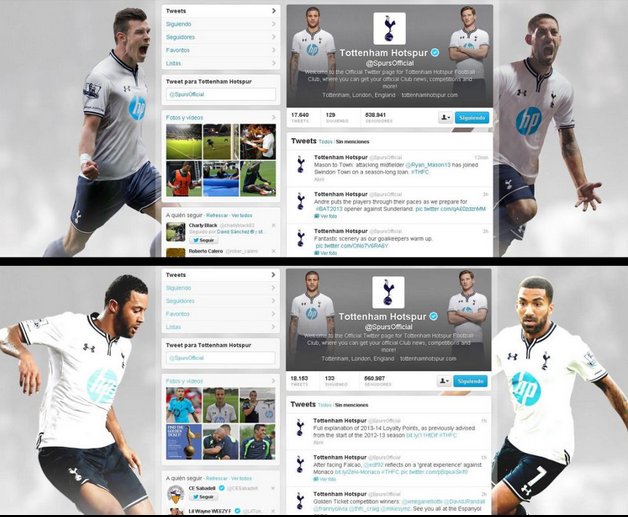 That will prompt speculation Bale is on the verge of leaving White Hart Lane.

Speculation regarding Bale’s future has been swirling in recent weeks after Madrid’s public courtship of last season’s PFA Player of the Year.

Tottenham are said to be furious at the manner in which Madrid have conducted themselves and are continuing to insist that the player is not for sale.

The club may be tempted to change their mind though should Madrid make an offer in excess of £85 million plus 20 year old Spanish striker Alvaro Morata.

Madrid value the young Morata highly though and are keen to hold onto him. The Spanish giants will instead suggest a cash-plus-player deal involving either Portuguese left-back Fabio Coentrao or tricky Argentine winger Angel Di Maria.