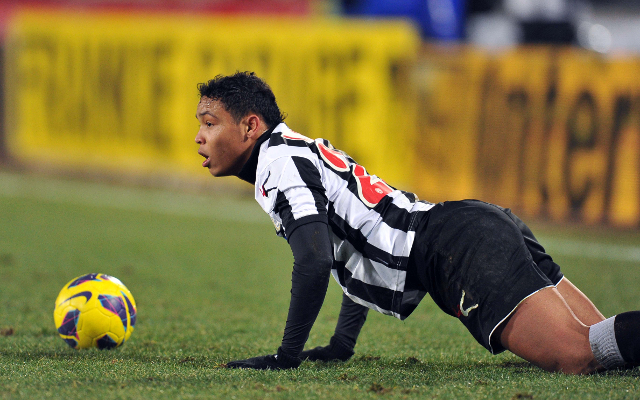 Man United boss David Moyes is keen to bring in highly rated Udinese youngster Luis Muriel to act as a replacement for Wayne Rooney if indeed the England man leaves Old Trafford according to the Metro.

Moyes is a long term admirer of the Colombian and may well be ready to meet the 22 year old’s £18 price-tag should the Premier League title holders lose Rooney, who has made it clear he wants to leave the club.

Man United have turned down two Chelsea bids for the 27 year old but may elect to consider offers from non-Premier League sides over the prospect of holding onto an unhappy player, especially one on a massive salary.

22 year old Muriel had an excellent season last term, scoring 11 goals in 15 Serie A starts and is considered one of the hottest young striking properties in the Italian top tier.

Muriel has been at Udinese since June 2010 but has spent much of his time away on loan having made temporary switches to Granada and Lecce before making a real impact with the Zebrette last term.

Though perhaps a little inexperienced to cement a regular first team berth at Man United it would seem that Moyes would only need further back-up up front next term if Rooney were to leave as the Scot can also call upon Javier Hernandez and Danny Welbeck.