The pair have been two of the club’s brightest stars since their ascension to the Premier League and have naturally attracted interest from fellow top flight sides as well as those overseas.

CaughtOffside understands that Rodgers is just days away from squeezing a little extra out of Arsenal in order to meet their valuation of Luis Suarez and has earmarked the men from the Liberty Stadium as the ideal candidates to improve his squad and soften the blow of the Uruguayan’s departure.

Rodger’s already knows Williams well, having worked with him during his time in charge at the club in South Wales and has already made noises that have signalled his interest earlier on in the year.

Williams has also hinted that he would be open to a move to Anfield this summer by saying; “It means you’re doing something right and people are talking about you at least.”

“I take it as a compliment. I don’t really read the papers and that type of thing. You don’t really know, as that’s the future, and I can’t really say. Different circumstances determine different things.

“I’m working hard trying to talk things through with the squad and the manager on the field, and trying to iron out a few things for the season.” 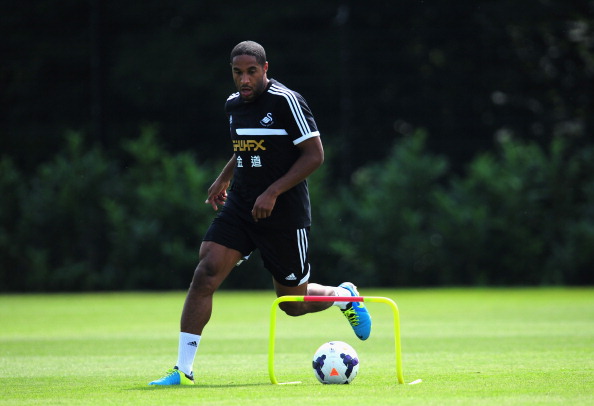 Arsenal have also been heavily linked with the Welsh international captain for several months too, but if Rodgers if forced to sell Suarez to the north London outfit then he will make sure he will beat Arsene Wenger to the punch for Williams.

Rodgers also sees the similarities between Michu and Suarez as something that he can use to help the club push onwards.

Michu was undoubtedly the bargain of the year last season as he notched 22 goals in 43 appearances across all competitions. His ability to play either in midfield or attack has been one of the cannons in Swansea’s armoury and Rodgers believes he can perform a similar role to that of Suarez.

Swansea have hinted that they could be willing to let the Spaniard go for the right price and it will be his fee that shall take up the bulk of the £22 million.

Michu has already gotten off the mark in terms of goals this season, bagging one in the 4-0 victory over Malmo in their Europa League qualifying game.