Stamford Bridge side linked with interest in Anzhi duo. 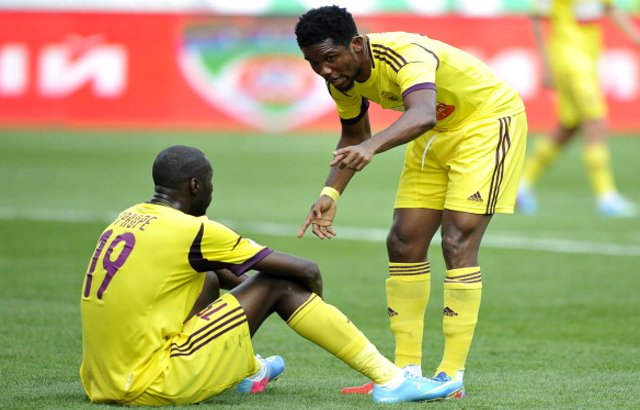 Chelsea boss Jose Mourinho is reportedly interested in taking advantage of Russian Premier League side Anzhi’s intention to balance the books by selling a number of their top talents according to El Confidencial and the Daily Mirror.

Anzhi have put up their entire squad for sale and it appears that striker Samuel Eto’o would be one of the first to be shown the door as the former Barcelona man is by some distance the biggest earner at the Dagestan based club.

Whilst Eto’o is no spring chicken the 32 year old still has a few years in the tank and has not lost his scoring edge since moving to Russia, the lethal finisher managing 36 goals in 71 appearances for Anzhi.

Eto’o is clearly a striker with a rich pedigree, we are after all talking about a three time Champions League winner, and the Anzhi man could perhaps be keen on a first stab at Premier League football having successfully plied his trade in La Liga and Serie A.

At the Nou Camp Eto’o racked up 129 goals in 201 appearances, helping the Catalan side to three La Liga titles and two Champions League triumphs, one of which was of course against suitors Arsenal.

A move to Inter Milan saw Eto’o scored 53 goals in two seasons during which time he helped the San Siro side to a historic treble under the guidance of Jose Mourinho before a move to Anzhi in August 2011.

Now Mourinho may well see Eto’o as an ideal addition to beef up his attack, especially given that both Demba Ba and Fernando Torres struggled for form last term, and Chelsea may well be able to offer a salary somewhere in the region of his current deal which sees the forward earn €20m a year after tax.