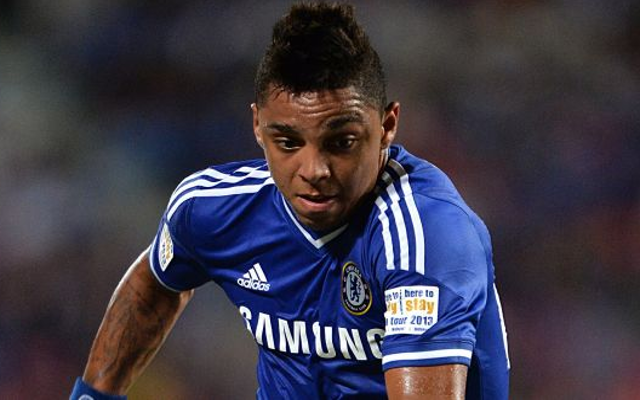 Right back is set to gain valuable game time in Italy next season.

Chelsea head coach Jose Mourinho has confirmed that promising young defender Wallace is on the verge of joining Serie A giants Inter Milan on loan next season, according to reports in the Daily Mail.

The Brazil Under-20 international has only been at Stamford Bridge since last December, when the 19-year-old arrived in west London from Brazilian outfit Fluminense, although as part of the terms of that deal Wallace was immediately loaned back to his parent club to finish the season in his homeland.

In fact, the attacking full back has only featured in one match for the Blues in his short career in the capital so far, and that was a friendly against the Singha All Stars on the club’s recent pre-season tour of the Far East.

However, despite impressing the self-styled ‘Special One’ in that warm-up fixture earlier this month, in which the right back created the opening goal for Chelsea by wining a spot kick with one of his typical driving runs into the opposition penalty box, the Portuguese already has the likes of both Branislav Ivanovic and Cesar Azpilicueta as cover in that area of the pitch going forward.

And that is why the Chelsea boss is prepared to let Wallace spend a season-long loan at San Siro, saying: “There’s a possibility he goes to Inter, who are very interested in him.

“They know him, it’s not me pushing it. I’ve spoken to them and they are very interested. I hope it is good for him if he goes to Inter.”