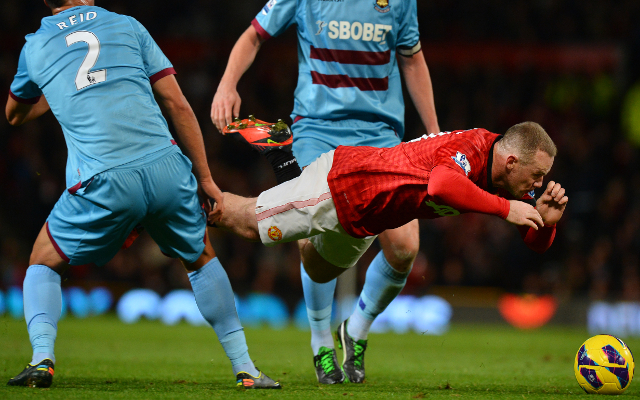 Rooney is reportedly set to submit a transfer request at Manchester United.

Chelsea look set to make a third bid for Manchester United’s unsettled striker Wayne Rooney, who could be ready to hand in a transfer request to the Red Devils, the Guardian reports.

United boss David Moyes has repeatedly said that Rooney won’t be sold this summer and the club recently rejected a £25 million offer from Chelsea.

This has angered Rooney, who is now ready to leave Old Trafford in search of a fresh start, with a move to Chelsea thought to be his preferred destination.

Blues manager Jose Mourinho has made Rooney his main transfer target of the summer and feels that he could tempt United into selling the England international with a bid of around £30 million.

Speculation about Rooney’s future continues to grow, with the striker being sent to train with United’s reserves on Thursday, a sight that Chelsea will have made a note of.

Despite the Blues having several promising youngsters at the club, like Marco Van Ginkel and Andre Schurrle, Mourinho knows that he needs a quality striker to spearhead his attack as he attempts to win the Premier League title.

Rooney is his main target but he may have to look elsewhere if United reject his third bid.