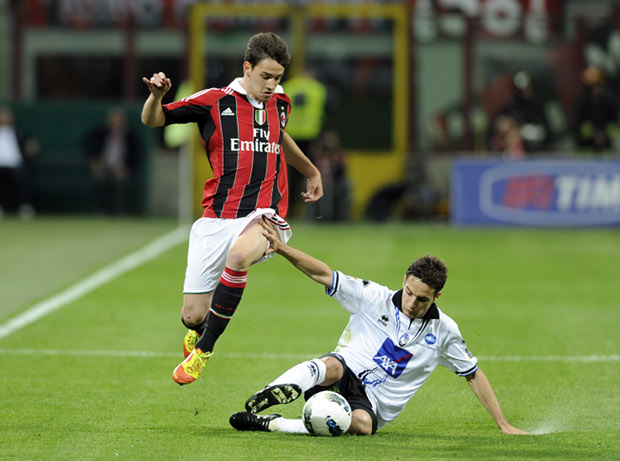 Spanish giants Real Madrid are already preparing for life without Tottenham-bound Fabio Coentrao as they line up a potential move for AC Milan defender Mattia De Sciglio – a young defender branded as the ‘new Maldini’ by many according to Eurosport.

The 20 year-old is one of the Italian sides most prized assets, yet Real are adamant they have the resources available to attract the player and tempt Milan into selling him. A deal is still only likely to happen after the sale of Coentrao who has been linked with a £13million move to Tottenham Hotspur – after a deal was discussed when the clubs met for Gareth Bale talks.

It always appears unlikely the Serie A side will sell to their Champions League rivals for cheap. Some reports suggesting around €15million could be what they need to take the 20 year-old from their hands – which is probably regarded as a good bid of business for Perez [Madrid’s club president] by many.

The Italian international has already got 30 appearances under his belt for Milan, and 8 for his country – despite Newcastle’s Davide Santon and fellow team mate Abate trying to secure a first team spot too.

Whilst at Milan he has only won a Supercoppa Italiana which he received back in 2011 when Milan beat Inter 2-1. So the idea of winning silver ware with the European giants [RM] and potentially further recognition for his country could persuade the young defender to sign a long term contract with Ancelotti’s side.