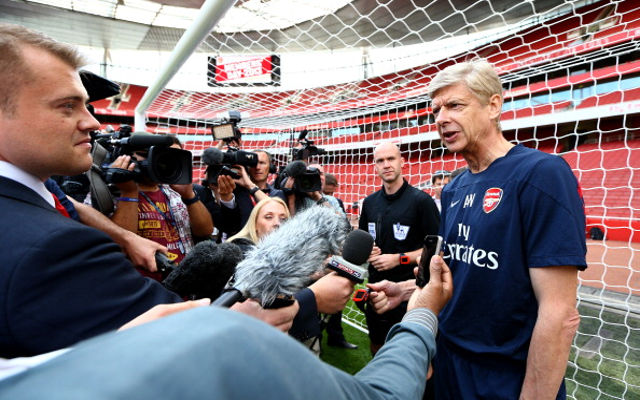 Gunners are in urgent need of a new word-class forward next season.

Arsenal head coach Arsene Wenger is set to revive his long-running interest in unsettled Manchester United front man Wayne Rooney this summer after giving up on his first-choice striking target, Liverpool forward Luis Suarez, according to reports in the Daily Star Sunday.

The north London club have been desperately trying to bring a marquee signing to the Emirates during the close-season transfer window, with the Gunners having already had two club-record bids for the Reds’ coveted Uruguay international turned down by the Merseyside giants. And following the explosive comments by Liverpool’s American owner John W Henry on Suarez’s situation at Anfield, the Gunners’ manager has now come to finally accept that he will not be able to land his No 1 target of the summer after all.

All of which has resulted in the Frenchman now switching his focus back towards the Premier League champions’ England international, who is also the interest of Chelsea, with the west London club having themselves already had two bids of £25 million and £30m for the 27-year-old rejected by the Red Devils.

However, Wenger is now understood to be preparing a bid of his own for Rooney worth £33m which he hopes will be enough to persuade United boss David Moyes to part company with an attacker who has netted 197 goals in just 401 matches for the club since the summer of 2004.