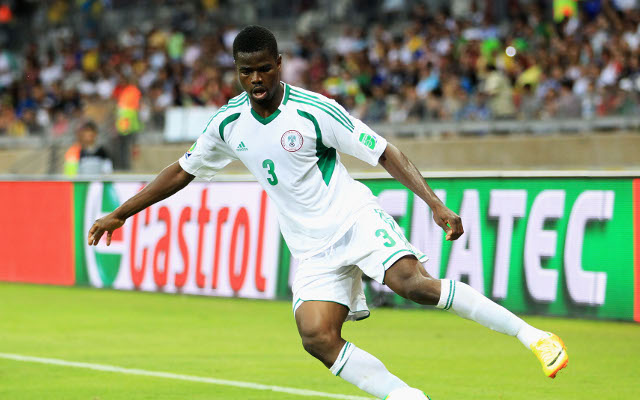 Toffees have already accepted the Englishman will not be at Goodison Park next season.

Everton are pondering making a move for Braga defender Elderson Echiejile this summer as a possible replacement for Manchester United-bound left-back Leighton Baines, according to reports in the Sunday Mirror.

The Merseyside giants have already been forced to reject one offer from the Premier League champions, valued at £12 million, for their coveted England international.

However, new Everton head coach Roberto Martinez is understood to be preparing himself for the imminent arrival of a second bid from the Red Devils for the 28-year-old, which may be too high to turn down on this occasion.

And if that is the case, then the Spaniard is understood to have already prepared a short list of potential replacements for Baines at Goodison Park next season, with the name of the Braga left back believed to be his first-choice target.

The highly rated Nigeria international has been with the Portuguese outfit since June 2010, when he arrived at the club from Ligue 1 side Rennes for just 2.5m euros on a four-year deal.

In the intervening three-year period, the 25-year-old has appeared in 64 league matches for his club, scoring five goals in the process, and with a contract with Braga that only runs until next year, the Toffees will be able to land Echiejile for just £1.5m this summer.