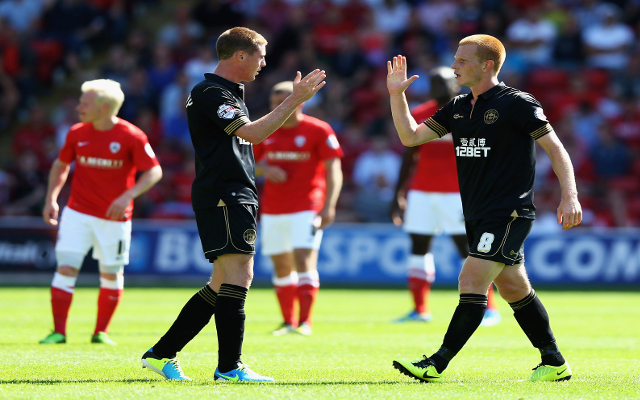 Everton are lining up a £15m bid for Wigan Athletic midfielder James McCarthy in preparation for the possible loss of Maraoune Fellaini according to the Daily Mirror.

Toffees boss is bracing himself for he loss of the and Belgian talisman and an offer of £15m may well be too tempting for Dave Whelan to turn down.

Martinez is keen to bring in another of his former Latics men having already signed Antolin Alcaraz, Joel Robles and Arouna Kone who were all part of the Latics side that were relegated to the Championship last term.

Wigan Athletic chairman Whelan insists that if the Glasgow born Republic of Ireland remains at the club for another season then he could have his pick of Champions League level clubs, stating;

Whelan said: “When James first joined us I told his mum and dad we would look after him and promised that I would never stand in his way.

“I will keep that promise, but we haven’t had the right kind of offer yet and James himself hasn’t asked for a move because he’s happy.

“I think he needs another season with us and then he will have his pick of any of the top clubs.”

The 22 year old has been a regular in the Wigan Athletic side over the course of his four seasons at the club, making 127 appearances for the club and this summer the former Hamilton man must make the difficult decision over his future. Does he stick with the club he helped to an FA Cup triumph last term or does he push for an instant return to the Premier League.