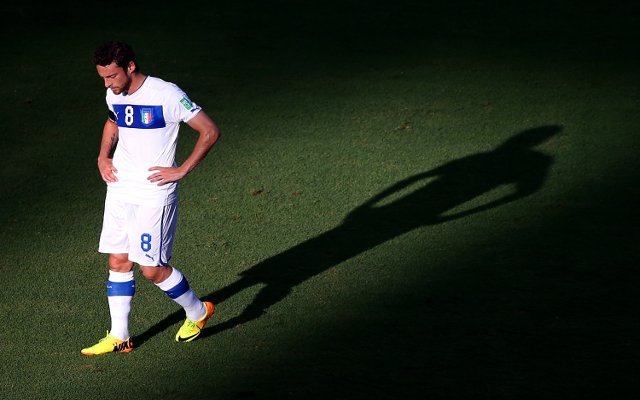 Targets David Moyes might want to have on his Old Trafford radar.

David Moyes first transfer window as Manchester United manager has been an anti-climax thus far as he attempts to defend the Premier League title won in convincing fashion last season.

Only Sir Alex Ferguson’s January signing Wilfried Zaha has arrived at the club from Crystal Palace as the Old Trafford outfit suffer a somewhat frustrating summer following near misses in the transfer market.

Barcelona starlet Thiago Alcantara rejected advances from Manchester to sign for former Barca boss Pep Guardiola at Bayern Munich instead while the repeated attempt to sign his former colleague Cesc Fabregas now looked doomed to failure. The 26-year-old midfielder has confirmed that he wants to stay at the Nou Camp after the Catalan club turned down United’s second transfer offer.

Moyes must now identify alternative targets as he looks to make his mark on Sir Alex’s side of winners and he appears to have targeted reinforcing his midfield as his primary concern ahead of the new Premier League season.

Here are the five players that Moyes should consider moving for before the transfer deadline passes: The former Tottenham man has recently emerged as a summer transfer target for United as the club look for a top-quality alternative to Fabregas.

He only left England to join the La Liga runners-up from Spurs in a £33million deal last summer but has since struggled to establish himself in Spain as ex-Real boss Jose Mourinho opted for other options in midfield.

However he has slowly developed as an significant player for the Madrid side and notably scored as Madrid knocked United out of the Champions League last season.

But in spite of this improvement, Modric could struggle to gain regular football at the Santiago Bernabeu after the arrivals of Isco and Asier Illarramendi this summer and the 27-year-old Croatian playmaker could make the switch back to England as the Old Trafford club seek a top-class midfielder this summer.

After building up four years of experience in the Premier League, the 27-year-old would certainly bring with him proven knowledge of English football although his feeble goal return may be a worry for Moyes. The midfielder only managed to net 13 times in his 123 league games at the White Hart Lane club and he only scored three times in Spain last season.

Moyes is still a known admirer of the Real Madrid man and even reportedly tried to sign him for Everton before he agreed a move to Tottenham back in 2008 but he could his revive his interest after his arrival at Old Trafford.