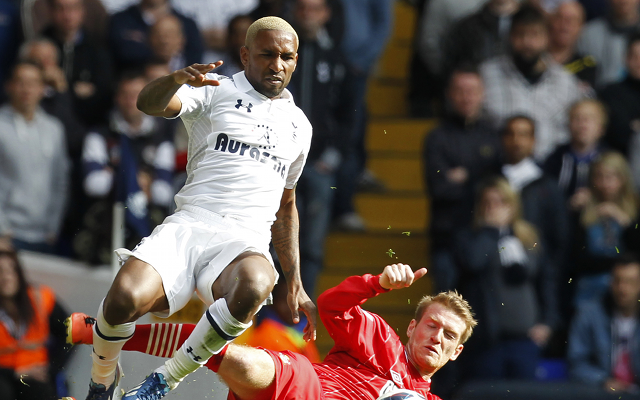 Englishman is pondering dropping down a division next season.

Championship outfit Queens Park Rangers have been told they will need to fork out £6 million this summer if they still wish to sign Tottenham Hotspur front man  Jermain Defoe, according to reports in the Mail on Sunday.

The prolific England international has already been informed by Tottenham head coach Andre Villas-Boas that he will only be used as a squad player at White Hart Lane next season.

And now the 30-year-old wants to sit down with Three Lions boss Roy Hodgson this week ahead of England’s friendly with Scotland at Wembley Stadium on Wednesday night to discuss his international future.

In particular, Defoe wants assurances from Hodgson that were he drop down a division in the new campaign by moving to Loftus Road, he would still be part of the manager’s plans for next summer’s World Cup finals in Brazil.

Defoe, who has scored an impressive 19 goals in just 54 internationals for his country since making his debut in a friendly against Sweden in March 2004, has been in north London since January 2009, but despite having scored 69 goals in only 164 appearances for Spurs in that time, his place up front in the capital next season is now likely to be taken by new club-record signing Roberto Soldado.