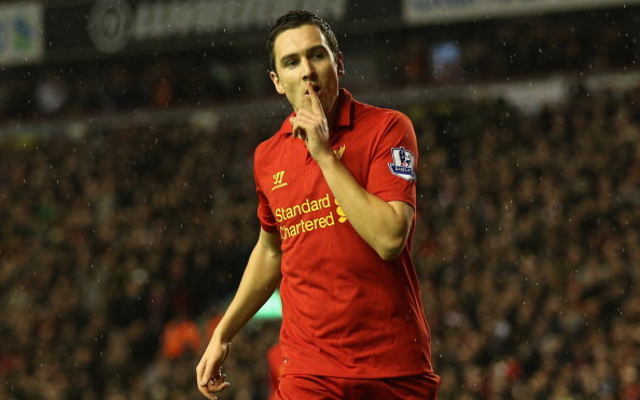 Englishman has been a huge disappointment on Merseyside.

Liverpool midfield player Stewart Downing is set to decide this summer between Premier League sides Newcastle United and West Ham United as to his next port of call after Anfield, according to reports in the Mail on Sunday.

The inconsistent England international has now been told by Reds head coach Brendan Rodgers that he will be surplus to requirements on Merseyside going forward and as such, the wide man is now looking for a new club for next season.

And the 29-year-old has two Premier League clubs both said to be chasing his signature before the summer transfer window slams shut finally for business for the year on Sept 2, West Ham and Newcastle.

Downing has been at Anfield since July 2011, when previous Liverpool manager Kenny Dalglish agreed to buy the wide man from Aston Villa for a whopping £20 million, although it is understood that Downing is now available to purchase for as little as £6m.

And that is because the Englishman has found it hard to settle at Liverpool in the past two years, failing to score a single goal or create one either in his entire debut top-flight campaign at the club taking in 36 league outings.