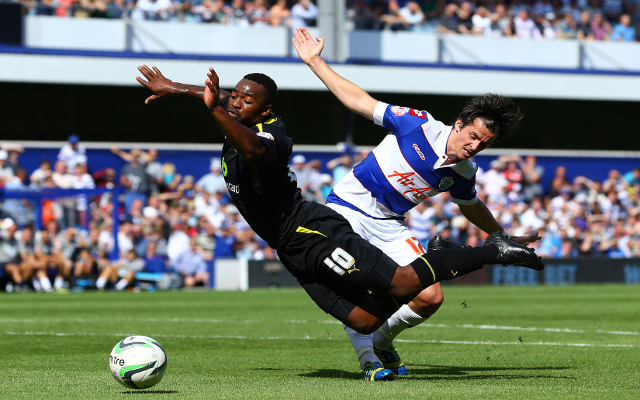 West Ham United are reportedly lining up an audacious bid for Queens Park Rangers midfielder Joey Barton, as Sam Allardyce eyes a reunion with the former Newcastle star man according to the Daily Mirror.

The 30 year-old is reported to be happy with moving across London in hope of playing regular Premier League football for the Hammers, especially with his former boss in charge. A potential reunion with Andy Carroll and Kevin Nolan [all former Newcastle players] may also be another tempting offer from Big Sam as he looks to continue the strengthening of his squad.

Following his £5.8million move to St James’ Park back in 2007, the controversial midfielder has found it difficult to keep himself out of the media’s watch after attacking people on and off the pitch – not to forget his ongoing twitter antics that have got him into trouble over the years.

Hammers fans may also remember the English midfielder for other reasons as he partnered Nolan in midfield as they tore the Hammers apart in 2011 – winning 5-0 with Leon Best grabbing a hat-trick.

Despite desiring a loan move back to Marseille, Barton may be forced to spend the next year at QPR if the Hammers refuse to follow up their interest in the controversial midfielder. Many fans may not welcome Joey to Upton Park after snubbing them back in 2007, but Allardyce does not have much choice due to the lack of squad depth that many Irons fans are unwilling to admit due to whatever reason.