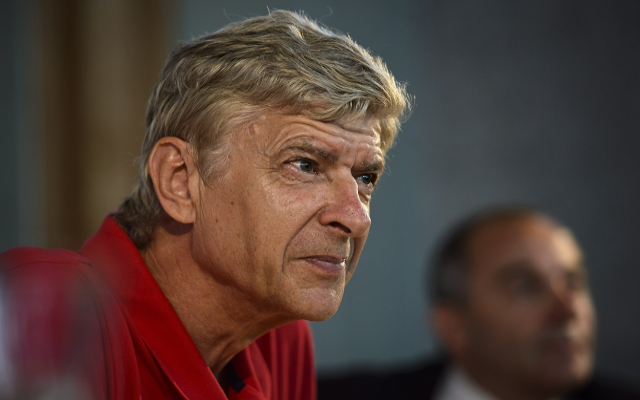 Arsenal are expected to make a bid nearing £50m for Liverpool striker Luis Suarez as Arsene Wenger hopes that a third and final offer is accepted by the Anfield side according to the Daily Telegraph.

The North London side are set to complete a £14m move to sign Bayern Munich midfielder Luiz Gustavo, the utility man having fallen further down the Allianz Arena pecking order, and Arsene Wenger is seemingly ready to finally use his reported £70m transfer war-chest having thus far failed to spend a single penny on reinforcements.

This source rightly points out that Wenger’s search for much needed midfield steel has been ongoing for the best part of a year and the Gunners are still to have adequately replaced Alex Song following his move to Barcelona last summer.

Failed attempts to bring in French battler Etienne Capoue and German international Lars Bender have led Wenger to Luiz Gustavo, who can helpfully also effectively fill a centre-back role if necessary, a role that Bacary Sagna has also excelled in during pre-season. Wenger has admitted his squad is a ‘little bit thin’ and whilst the attempt to offload under-performing members of his playing staff, such as Andre Santos, Andrei Arshavin, Sebastien Squillaci, Gervinho, Marouane Chamakh and Denilson; are admirable they have also perhaps brought home to the Gunners boss just how little in the way of actual quality he has to call upon outside his match-day complement.

Suarez is clearly a player Wenger wants desperately and having failed with an offer of £40m plus £1 an offer of nearly £50m may be harder for Liverpool to turn down, especially as the Uruguayan has continued to alienate the Merseyside club in recent weeks with his insistence that he has no need to apologize for his behaviour. The fact that the 26 year old decided to air his opinions in interviews with sections of the very English media he had previously stated were a reason for his wanting to leave Anfield could perhaps have been the last straw. As well as moves to bring in these two additions Arsene Wenger is apparently also keen to recruit another right sided defender. Though the Arsenal boss can call upon the aforementioned Sagna and youngster Carl Jenkinson it appears that he is still keen on strengthening this area of his squad.

Wenger is however glad to report that this summer, thus far, he hasn’t had to wave goodbye to any valued member of his playing staff, stating “We have kept the squad together for the first time in many years so I am happy.”

That this should be something to celebrate is perhaps worrying in itself and Arsenal fans will presumably not be all that impressed with the ambition of a club that deems maintaing the status quo as some form of achievement, after eight seasons without silverware they will hope that one of these high profile deals does indeed come to fruition before the transfer window closes on September 2nd.