There are pros and cons to being situated in the great American North-West. Travelling over 4,000 miles for your furthest away game might be one of the latter.

MLS Overlap Magazine have created yet another fantastic infographic.

This one depicts the total distance covered in the 2012 season by MLS’ most traveled team, Seattle Sounders.

Situated in the furthest North-Westerly corner of the United States, the Sounders racked up a fair few air miles last season.

Their closest away match is actually against a Canadian side, Vancouver Whitecaps, at 119 miles. Not too bad, not too bad.

Their furthest away match? 4,351 miles, when they traveled to Cuova in Trinidad for the CONCACAF Champion’s League.

See how all 61,297 of annual mileage breaks down here: 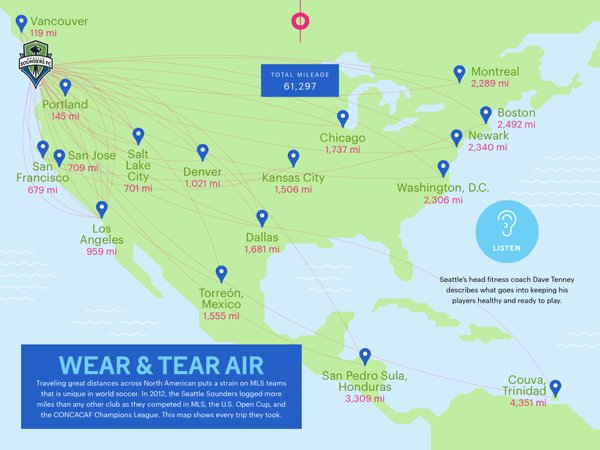