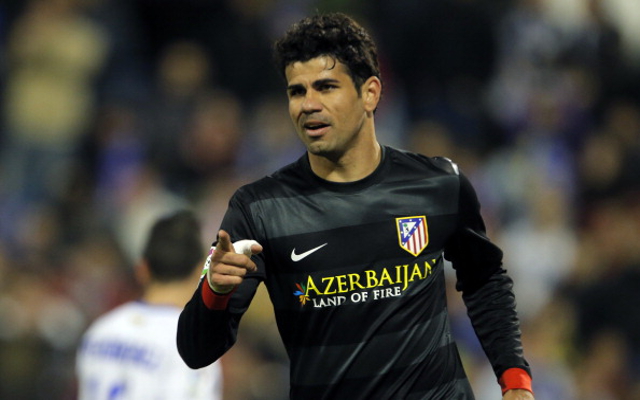 Brendan Rodgers wants to add creativity and goals to Liverpool this summer but looks set to miss out on Costa.

Liverpool look set to miss out on Diego Costa, one of Brendan Rodgers main transfer targets for the summer, after the striker decided to sign a new contract with Atletico Madrid, Sky Sports reports.

The Reds activated a buy-out clause in Costa’s contract last week, with Brendan Rodgers hoping to sign the striker in an attempt to bolster the clubs attacking options for the coming season.

However, Costa said he had no intention of joining Liverpool and wanted to stay with Atletico and now Rodgers has indicated that the striker has signed a new deal with the Spanish club.

“I believe Costa has signed an extension. There’s nothing in terms of players to add,” Rodgers is quoted as saying by the Daily Mail.

“We’ve signed players early on and we hope to sign some more before the end of the window. In the meantime, there’s nothing at the minute.”

Scoring goals was one of Liverpool’s main problems last season and Rodgers hoped to address that by signing Costa, who would back-up the likes of Luis Suarez and Daniel Sturridge.

Suarez scored most of Liverpool’s goals last season but will miss the first six games of the new season, meaning the Reds will be short of attacking options at the beginning of the campaign.