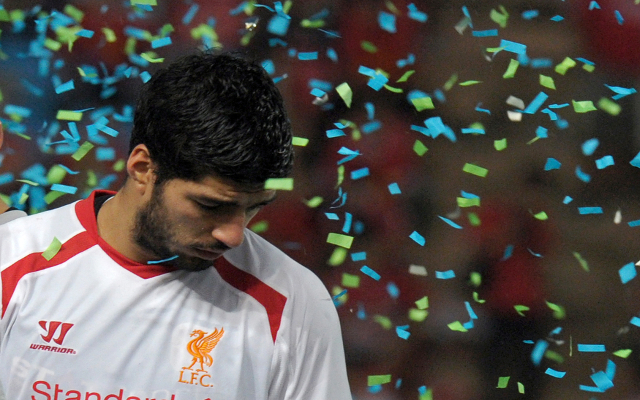 Liverpool’s wantaway striker Luis Suarez is refusing to apologise and sees no way back for him at the club according to The Mirror.

The striker claimed that promises to him had been broken and that Liverpool were being unfair in not allowing him to leave Anfield.

That incensed Rodgers, who forced Suarez to train on his own and claimed that Suarez would not play for the club again until he had said sorry.

But that appears to have had little impact on the player, who continues to insist he has been betrayed by the club.

Suarez feels that he is owed a move to Arsenal as he was promised he could leave should the club fail to qualify for the Champions League and an offer over £40 million was made for him.

Suarez believes the latter promise is guaranteed in his contract but the PFA have taken a look and sided with Liverpool, who claim that clause only requires them to consider an offer.

It remains to be seen whether Arsenal will look to increase their offer for Suarez, after seeing their £40,000,001 bid for him turned down.