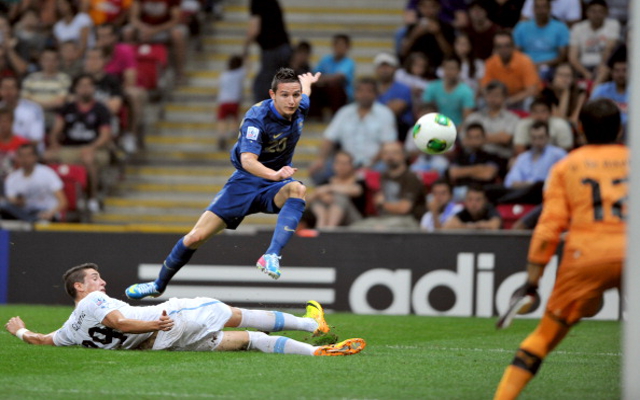 Ligue 1 side Marseille are preparing to offer £6.5million to land long-term Arsenal target Florian Thauvin from Lille according to talkSPORT.

The Stade Velodrome club have reportedly already seen a £4.7m bid rejected for the 20-year-old playmaker who has yet to make his debut for the Lille since signing in January.

Lille beat a whole host of top European clubs for the youngster’s signature just six months ago on a four-and-a-half year deal. The Les Dogues then let him return to his former club for the rest of the campaign and he hit seven goals in his 12 games for the Corsica-based side.

His reputation has since been boosted after putting in some impressive performances for France during their recent Under-20 World Cup success.

And Thauvin is now attracting attention from rival Ligue 1 clubs including Marseille and speculation has grown that he could leave without making a single appearance for Lille after he was left out of Rene Girard’s squad during their victory over Lorient on Saturday.

Lille chief Michel Seydoux has already maintained the club’s position that the French starlet will not be sold this summer and that he will make his debut for Lille at the Stade Pierre-Mauroy this term.

“We know exactly what we want at Lille and I am stubborn. We will take our time for Florian to adapt to the group as we did in the past with Gervinho or Dimitri Payet,” said Seydoux.

Arsenal chief Arsene Wenger is thought to be a keen admirer of the promising midfielder who has been compared to former Gunners star Samir Nasir in his style of play.