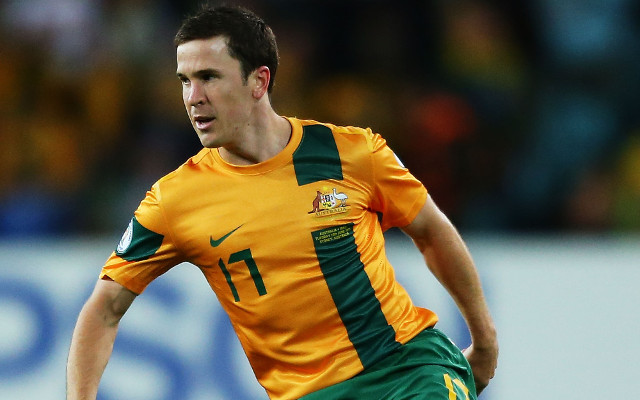 The  Midfielder has taken a leaf out of Mark Milligan’s book and returned to Brisbane Roar with the aim of catching Holger Osieck’s eye.

McKay who was recently released by Chinese Super League side Changchun Yatai, and has previously spent two unsuccessful seasons with Glasgow Rangers. decided to head back to the Roar after a conversation with Osieck.

Speaking to Football Australia he said: “You know, I had a good chat with Holger and he was very positive.

“He’s got a lot of time for the A-League and you can see with Milligan, (he) came in and did a good job in the (last) three qualifiers and I broke into the Socceroos from the A-League.”

Internationally the 30-year-old has played mainly at left-back, but he has confirmed he will be return to his role of Midfielder at Roar.

“I’ll be a midfielder here, we’ve got two great left backs as it is,

“I enjoy whatever role I’m given with the Socceroos. “I’ve played three different roles and I’ve enjoyed that and at Brisbane, wherever I’m needed to play, I’ll do a job.”

The number 17 will not be reprising his role as captain from the title winning 2011 side, the armband will remain in the hands of English-born defender Matt Smith.