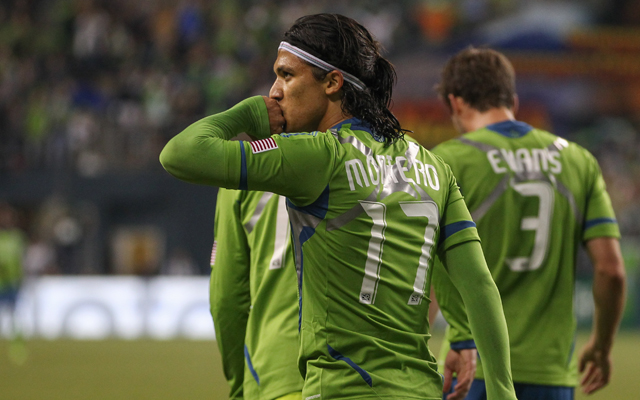 Fredy Montero gives Sporting Lisbon fans a taster of what’s to come from the MLS hot-shot.

With all of the recent hype surrounding a certain arrival in Seattle, Sounders fans may well have forgotten about a player who recently left the club.

The Sounders’ decision to send Colombian international Fredy Montero to on loan to Sporting Lisbon may well have left some fans scratching their heads at the time, but that confusion soon evaporated following the signing of USMNT captain Clint Dempsey.

Sorry to be a downer Sounders fans, but Montero still exists – and he’s still scoring goals.

Whilst Dempsey was busy making his debut in Rave Green, Montero was featuring for his new side against Italians Fiorentina in a pre-season friendly.

He also scored one of the greatest goals of his career. At least he’s only on loan, right guys?